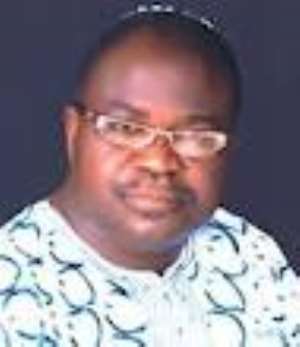 Apostle Perez Iyiola Oluyemi is the presiding Man of God at Achievers Rock Commission International. In this incisive piece, the social critic and Writer whose various predictions have come to pass spoke on the state of the nation and other sundry issues relating to the world at large. Excerpts:

ON THE STATE OF NATION
In the annals of Nigeria's history, the number of deaths recorded so far this year alone is of great magnitude. Our nation faces great insecurity since the emergence of Jonathan as President of the Federal Republic of Nigeria. And to tell you the truth, God has revealed to me that there is compromise in the presidency. It could be the President or somebody closed to him that has sold his or her soul to the devil. If we do not engage in serious national prayer from all religious groups in Nigeria, the four years of Jonathan will bring about bloodletting. As it is now, there is a great compromise in the spirit realm. This spiritual compromise with the kingdom of darkness must be broken for us to have peace in the land. As God has revealed to me, it looks like somebody within the presidency is bathing with blood and if all these mysterious deaths and Boko Haram killings must stop; we need spiritual cleansing in Nigeria. There is need for prophetic prayer action from all religious bodies in the country today. It must start with Jonathan himself.

ON 2015 PRESIDENTIAL AMBITION OF SOUTH EAST
The dream of South East producing President in 2015 is very slim. The reason is because they are too particular about money. They are too individualistic in this course. The only thing that will make them achieve this is when they come together to form a synergy that the dream can come into reality. There is a spiritual iceberg that must be broken before their dream can come into reality. You see prophesy don't come to reality automatically; action has to be taken for it to come into reality. If care is not taken, the North may produce the next President in 2015 if Jonathan is fortunate to complete his term.

ON DISMEMBERMENT OF NIGERIA AS A NATION
Nigeria as a nation is not going to break irrespective of what is happening in the country now. I don't see Nigeria breaking with the intervention of God and people. Although, there are dark clouds hanging over us, but God is not going to leave us a Nation. We will survive this period as soon as we are ready to go back to God and shun the antics of the devil.

ON BOKO HARAM
Boko Haram is an artificial problem created by some political miscreants who are bent on destabilizing Jonathan's government. Unfortunately, Jonathan himself or somebody closed to him is in a contract with the devil and this has made it difficult for us to get out of this present security challenge in the country. Boko Haram is the creation of some people who are fanning embers of disunity and destabilization of his government. Unfortunately, the problem now is that the Boko Haram godfathers could no longer control them as the spirit of the Al Qaeda has now consumed them. Unlike in the past when we knew there was political undertone; now it has changed. They now want complete islamization of Nigeria. What the government needs to do at this present moment that they have refused to go into negotiation is to work seriously on intelligence gathering. Boko Haram operates freely in the North because of poverty which is much more pronounced in the North. The government as a matter of urgency must address the issue of poverty in Nigeria for us to have a lasting solution to the menace of Boko Haram in Nigeria. Above all, what we need as a nation is spiritual cleansing that must start with President Goodluck Jonathan.

ON THE COMING PRESIDENTIAL ELECTION IN U.S.
It is neither safe for the nations of America or Israel to vote a Mormon as President. America should remember the days of the massive bombings, booby traps in the 90s perpetuated by the Mormons. The derangement and delusions associated with the doctrines of Mormons are clear indices that caution must be exercised in the upcoming presidential election in U.S. America's evangelicals will leak their fingers to regret for the rest of their lives if Mormon is voted as President. Voting for Romney will devastate and incarcerate America. Also Obama supporting sodomy in the open is securing the wrath of God. There has never being an American President that has ever supported sodomy (gays and lesbians) in public. They have always supported them secretly and not openly as Obama has done. But I still believe Obama is a Christian and a great supporter of Israel. But notwithstanding, Obama should pray for cleansing of the land. The rage of evil in America is reaching the heavens-especially in the glaring exposure of sodomy. There must be a spiritual convocation to deliver America from this coming eclipse. If America did not do this, they should remember how God brought down Israel at a time by raising an empire of the Babylon. In the spirit realm, China is rising fast from the East to eclipse America in no time- if this is not done. The greatest hour of revolution of God's kingdom on earth is here.