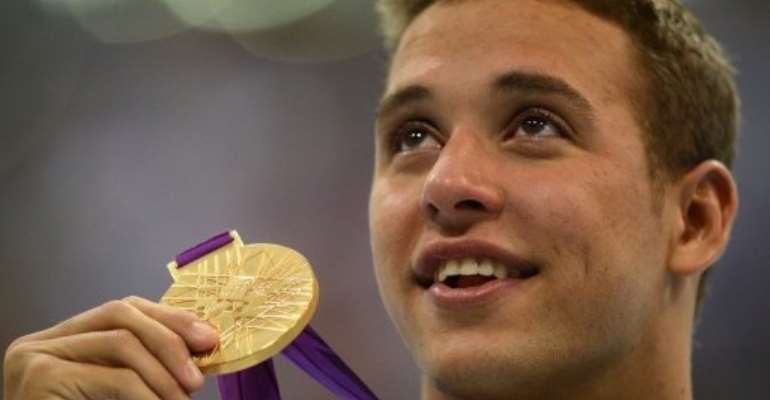 Le Clos won't be parted from his gold. By Christophe Simon (AFP)

The 20-year-old swimmer was still wearing his gold medal and revealed he had not yet taken it off.

"I saw him in the lift this morning," Pistorius said.

"I was like, 'are you going to take your medal with you?' He said: 'I haven't taken it off since yesterday!' He slept with it around his neck!

"I don't know what's going to happen if he has another event. He'll have to swim with it strapped to his back."

Pistorius will become the first double amputee athlete to compete at an able-bodied Olympics when he lines up in the men's 400m.

He said Le Clos' efforts, beating Phelps into second place on a night when the American went on to claim a record 19th Olympic medal, boosted the South African team.

"Chad did a phenomenal job. As the youngster on the team he really stepped up and I don't think many in the world expected him to pip Phelps at the end like that," Pistorius said.

"It just really raises the team morale. It makes me very proud to be part of the team where athletes like that really step up."

2020 Election Petition was about EC Chair’s declaration; not...
23 minutes ago