Murder At The Castle: Some Grimy Hands Are Stained With Blood! 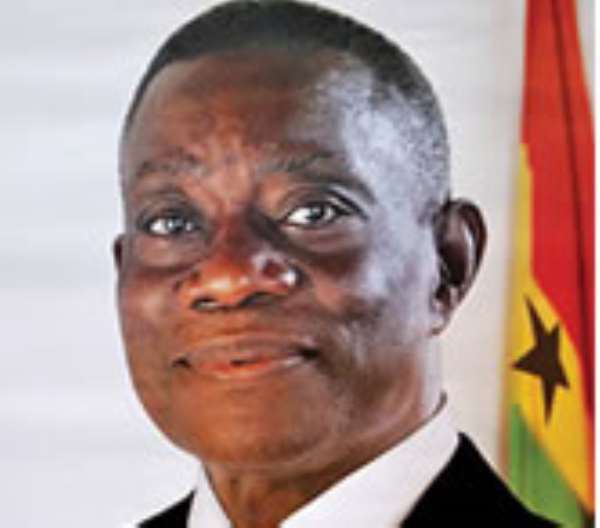 It is said that death is inevitable. The good old book succinctly captures it in Hebrew Chapter 9:27: “It is appointed unto men once to die, but after this the judgement” – KJV. Granted that the Bible talks about the inevitability of death in the above quote, yet some deaths are avertable and unwarranted! It goes without saying though that when a bunch of shameless gluttonous blood–sucking vampires encircle a vulnerable individual like a prey, the obvious outcome is death. There are lots of roads deaths which could have been averted had drivers been a bit more careful. Again, people who for some reasons commit suicide would have avoided death at least for that moment if they hadn't taken the action they took. It is equally true that some deaths at the hospitals could not have happened had a nurse, a doctor or somebody else been a bit more circumspect with their actions or inactions. Yes death is inevitable but when the right things are done, death will catch up with us only at the appointed time.

That the late President Mills was meek is not debatable. Perhaps Prof Mills' only mistake was that he trusted his handlers to a fault; even to the point of ignoring the good counsel of his beloved Mrs Ernestina Naadu Mills against that of a withering leaf like Brig-Gen Joseph Nunoo-Mensah! These handlers were the same people former President Rawlings once rightly labelled as “greedy bastards”. President Mills's health issues were made public way back in 2006/2007. Hon Teye Nyaunu then called on the NDC to elect a new flag-bearer when it became apparent that then Presidential Candidate Mills was unwell. This matter lingered on even into the good Professor's tenure until he met his untimely death on Tuesday, 24th of July 2012. Readers may recall Herbert Mensah and Ato Ahwoi's exchanges on radio when each accused the other of being the first to make public the late President's hallucinatory symptoms in 2010. One would have thought that in the face of the prevailing circumstances at the time, the Prof Mills' handlers would have been a bit more cautious with their handling of the President but like Victorian Task Masters, they didn't care a hoot! For the sake of their bellies and their insatiable greed, they pushed and shoved the poor man to his early grave to the chagrin of Naadu Mills and the entire citizenry. These are indeed avaricious and vain ignoramuses eating with both hands and parading the corridors of power!

They were clueless and have no shame. Why did the President's handlers keep the former's health status such a guarded secret when it had been made a matter of public discourse anyway? It is not as if he would have become the first President ever to have been taken ill whilst in office. After all, Presidents are neither robots nor super humans! President Hugo Chavez of Venezuela has been fighting cancer for the past 2 years and it was public knowledge which even won him some more admirers for soldiering on even when it was obvious all was not well with him. President Cristina Fernandez de Kirchner of Argentina suffered similar fate and had a lot of sympathy votes as a result that helped her to secure a second term in office. The question is: so why was our President's ill-health handled so amateurishly? Was it due to inexperience, sheer tomfoolery or goddamned idiocy? Perhaps Prof Mills' handlers were all so character-stained that they did not see themselves doing any good so had hide their filthy characters behind that of the President to give them a semblance of sanctity and respect! Hence, their unpreparedness and blatant refusal to listen to good counsel to grant the late President a deserved break.

The insensitivity of the President's handlers sometimes baffled sane minds. Unfortunately for Ghana and Mrs Naadu Mills, these so-called handlers teamed up with the likes of Kwesi Pratt who always sought to give the impression that the President was even stronger than the biblical Sampson. In recent times though, the President's inner sanctum's callous recklessness reached dizzying heights when they sent the President out to purchase balls of kenkey in their desperate desire at scoring cheap political points. In all these comedies of errors, one would have thought that the likes of the Ahwoi brothers (Kwamena, Ato and Kwesi), Brig-Gen Nunoo-Mensah, Henry Martey Newman, Alex Segbefia and the others would have done things differently. Unsurprisingly, they didn't. When the President went for “a routine medical check-up” and Nana Akuffo-Addo sent him a goodwill message; a host of the President's handlers and Kwesi Pratt descended on the latter and denigrated his character and integrity for daring to send a “goodwill” to someone who was as “fit as a fiddle”. In their ruthless effort to score cheap political points again, the President's handlers got the poor man to jog in his suit upon arrival at Kotoka International Airport just to prove to his critics that there was nothing wrong with him. And so to fill their protruding gluttonous bellies, Mills was sacrificed on the altar of political gamesmanship by men and women bent on raping the country. He entrusted his life with these apologists of a President's handlers who were aided in their murderous adventures by nappy wearing cry babies whose only claim to fame is to hop from one radio staion to the other to heap incessant invectives and innuendoes on those who they saw as threat to their new found status. Unfortunately, it was these same handlers, who eventually cost him his dear life.

Ghanaians have been belatedly informed by Brig Gen Nunoo-Mensah that the through it all, Mrs Naadu Mills, the late President's wife was so worried about her husband's health that she begged the latter to step down. Unfortunately for Mrs Naadu Mills, Brig-Gen Nunoo-Mensah in his grey-haired wisdom proudly claimed on Radio Gold the other day that he (Brig-Gen Nunoo-Mensah) advised the President not to listen to Naadu-Mills! What an achievement Brig-Gen! That was very clever and I hope, you know what I mean; Sir! It was even more pathetic to seek to blame the President's untimely death on “insults”. Now you have the blood of the former President on your wrinkly hands. You should have entreated our late President to listen to the wise counsel of his wife who obviously knew much better than yourself; rather than talking him to staying on in the face his fast deteriorating health just to save your job.

In any case, where were the manipulative Ahwoi brothers? What was the use of the President's brother Cadman Mills? Was there any need for Henry Martey Newman at the castle after all these? What of the likes of Alex Segbefia, Nii Lantey Vanpuye, Koku Anyodoho et al? Would any of those people have ignored the tell-tale signs of the obvious deterioration in the health of President Mills if he was their father? Or was it a case of having their dirty hands so deep in judgement debt kick-backs that they couldn't care less about the health of the President? For now though, Prof Mills is gone into eternal rest. However, these people with their blood-stained hands will know no peace for the shambolic handling of the life of a human being and the President of Ghana as that. I hope they stew in their avaricious greed and murderous guilt for the rest of their lives!!!