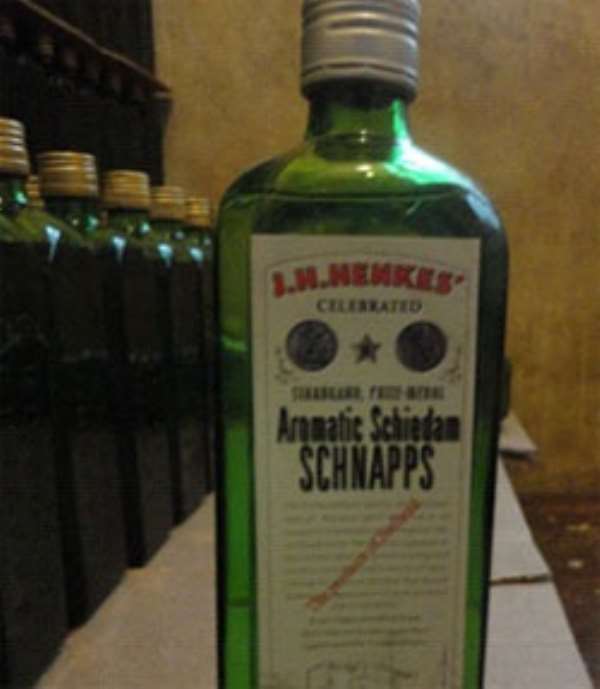 A herd of cattle can only move as fast as a slowest cow and when the herd is hunted, it is the slowest and the weakest ones at the back that are killed first. This natural selection is good for the herd as a whole because the general speed and health of the whole group keeps improving by the regular attrition of the weakest members.

In much the same way, the human brain can only operate as fast as the slowest brain cells. Excessive intake of alcohol we all know kills brain cells; but naturally it attacks the slowest and the weakest brain cells first. In this way regular consumption of alcohol eliminate the weaker brain cells, making the brain a faster and efficient machine. This goes to say that little beer can make you smarter.

I know you reading this would either be puzzled or influenced on this theory am conveying. But why don't you join me as we critically dissect this theory? Tell me what would a hunter do the strongest cow when the weaker cattle he used to kill are all finished? Would his gun go on silence? Definitely his anger and bullet would turn to the strongest cow. This is exactly what alcohol does to our stronger brain cells after destroying the weaker brain cells.

The good book says "My people perish for lack of knowledge, I have, for quite a while, resisted the temptation to react to the incessant advertisement on waves and papers for alcoholic beverages.

Indeed alcohol has meandered into the brains of our youth and elders of the society and have reach a state where we all swim into its dangerous river. Don't be tempted to show any sardonic feeling towards me but rather join me together we combat this.

MR. Akpalu no longer care about his joblessness hence walk in sashay in public with the 'help' of akpeteshie,the illusionist. He busily squanders the little money needed to take care of his family on alcohol. When his wife Sara questioned his responsibility as a head of the family,she had her answer as painful rays of slaps. Sara's desire for a happy marriage has been indeed wounded by alcohol. Children now prefer beer to For All Nonsense Take Akpeteshie (FANTA).

Alcohol has sat comfortably with us without we detecting its dangerous mission. If you crave the taste of real Ghanaian liqueur, nothing taste better than akpeteshie. With just a few hits on your chest and a squeezed face the liqueur leaves you with nothing to hope for hence in our quest for happiness we prefer drinking it excessively . Ghanaians drink alcohol to relax, socialize, celebrate, and for its taste. The challenge for Ghanaian society is to balance alcohol's place in the culture with the health risks associated with drinking too much and drinking more than is healthy over a longer period.

Ghana was ranked 132nd out of 185 countries based on per capita pure alcohol consumption of 1.5 litres of only industrially-produced beverages (drafted policy on alcohol,2008).Unrecorded alcohol consumption of non-industrially-produced alcohol is estimated at 3.6 litres of pure alcohol per capita among aged15+ population (WHO, 2004). The most alarming part of this issue is that the youth are now leading in the race of consumption.

Concerns have been raised by stakeholders on this evil wriggling into our society.Broken families, low productivity, Crime, Road and machinery accidents are just a few of effects of alcohol on our society

Just as the tobacco law has been passed and now being run I therefore challenge all concerned voices who are roaring against alcoholism to get on their marks as we run strictly the national alcohol policy. This policy include educating the public on the harmful effects of misuse of alcohol, setting standard alcohol content for all drinks to make them less harmful, trade regulations on the importation of alcohol strict enforcement of the law especially regarding sales to under 18s and few others

Now my plead is simple, in as much as you would agree with me that alcohol makes you smarter let us not forget ; too much of everything could be bad.

Advertisements of alcoholic beverages must conform to the FDB guidelines and let us adhere to the rule that forbids the sales of alcohol at lorry stations.

Let us control they way we take our beer but to the young ones I say some things are for adults only!.