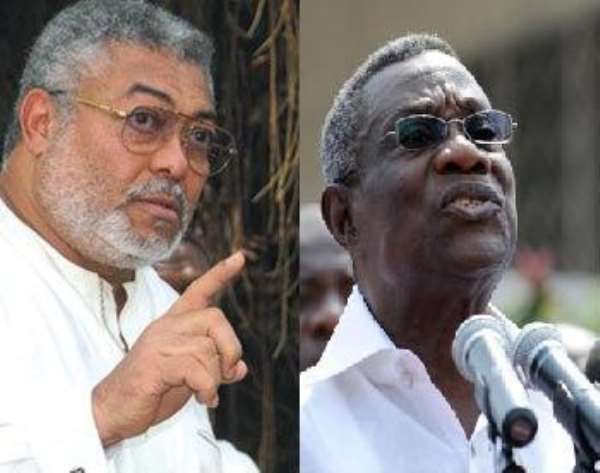 Accra, July 27, GNA - The Mills Family on Friday said it deemed it extremely provocative and almost impossible to ignore the continued direction of undignified insults at an honourable man whose loss has turned their hearts as icy as his body that lay in the morgue.

A statement signed by Abusuapanin Nkuma-Kyerba Twidan for and on behalf of the Mills and Allied Families of Cape Coast, Ekumfi and Accra, said although they were in deep mourning and would have wished to remain quietly so, for as long as necessary.

“Unfortunately, we are forced to break our silence on account of the widely reported, insensitive, uncustomary and in-humane comments made on BBC by our past President Jerry John Rawlings concerning the person, ill-health and death of His Excellency President Prof. John Evans Atta Mills”.

The statement said the entire family wishes it to be known that they have over the past three years remained quiet over the constant harassment and insults poured on their son, all in the spirit of tolerance and peace, as constantly preached by the late President Mills throughout his life.

“Three and a half years of insults we took and would have graciously forgiven as a tribute to the nature and legacy of the honourable man whose death Ghana and the world mourns”.

It said the family is provoked to face up to those whose minds continue to ferment such uncouth, derogatory, uncensored insults, “nonetheless, we remain restrained, for now”.

“We are restrained because throughout his live and up to the time of his death, the late Prof. John Evans Atta Mills remained sane, full of wisdom and capable of sound judgement, expressing same in thought and speech. Further, our Son died in a bed, at peace with himself, and with dignity in the eyes of equally well-thinking men”.

The statement added that “such a kind fate may not befall those tempted to stride the world as rabble-rousing tin-gods”.

It said the family is particularly restrained by the spontaneous sincere display of sympathy and sorrow with which Ghanaian from diverse political, religious and cultural persuasions continue to mourn