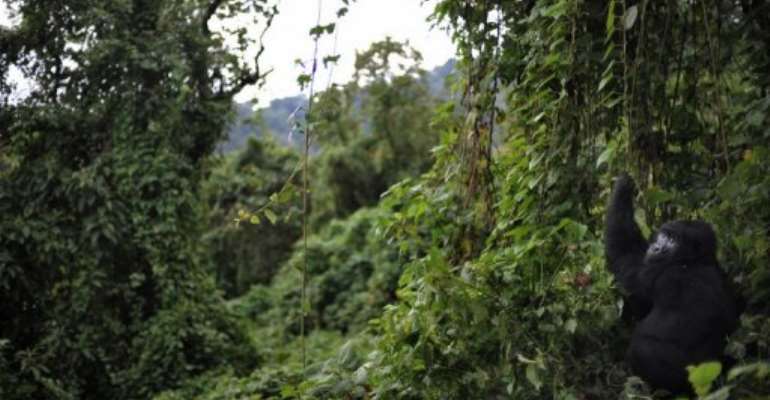 The 200 million hectares or so of forests are second only to the Amazon rainforest in size. By Roberto Schmidt (AFP/File)

ROME (AFP) - Ten Central African countries have agreed to take part in a regional initiative to monitor the Congo Basin, one of the world's largest primary rainforests, the UN's food agency said Thursday.

The 200 million hectares (494 million acres) or so of forests are second only to the Amazon rainforest in size, supporting the livelihoods of some 60 million people.

"The main threats to these forests include land-use change, unsustainable logging and mining," the FAO said.

The monitoring project would be managed in conjunction with the Central Africa Forests Commission (COMIFAC).

"The rates of forest cover change and the subsequent emissions from deforestation ... remain poorly understood partly due to the lack of up-to-date, accurate information on the current state of forests in the region," it said.

The monitoring system was crucial to improving the protection of forests and sustainable management, the FAO's forestry expert Eduardo Rojas said.

The agency said it would provide remote sensing technologies to so the countries can estimate forest cover and track changes, as well as estimate the amount of carbon stocks their forests contain.