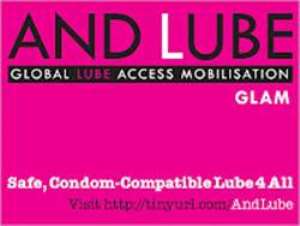 Lubricant safety has been a priority for IRMA since it was founded in 2005. No surprise that IRMA has been doing considerable work on lube safety.

LUBE SAFETY WORKING GROUP
2-3 years ago, IRMA formed a Lube Safety Working Group that is a growing network of researchers involved with research on lube safety, advocates, policy makers, and other stakeholders who are interested in this issue. The Lube Safety Working Group keeps all IRMA members well informed about any research that is happening around the world on lube safety, helps in development of materials, and any IRMA message related to lube safety is approved by this Working Group for accuracy and appropriateness.

IRMA conducted a global survey on rectal use of lube. A global web-based survey was conducted in 2007 to seek input on lube use, preferences, acceptability, characteristics of lubes, or substances that were added to the lube (such as saliva, water, vaginal fluids, oil among others) among nearly 9,000 men and women from over 100 countries. The overall survey results were described in IRMA's 2008 report and the analysis of the qualitative data from this survey was just presented at the International Microbicides Conference (M2012) in Australia.

Regulatory agencies in various countries classify lubes differently, as medical devices or cosmetics, for example. Typically they require no safety data on the rectal use of lubes in humans. "We have reached out to regulators not to urge regulations, as experience from other sectors such as reproductive health tells us that, engaging regulators is not necessarily the best choice and might end up limiting important choices people have in terms of products. So we are very careful about that. Right now we are on a fact-finding mission if lubricants are regulated in different countries and how they are regulated. Countries like South Africa don't regulate lubricants, USA regulates them as medical devices, Canada regulates them as cosmetics, UK regulates them depending upon the claims made by the manufacturers either as medical devices or as cosmetics" said Marc-Andre LeBlanc.

The Lube Safety Working Group also aims to approach manufacturers to get their thoughts and input too. "We have a handful of manufacturers who want to ensure that their products are safe. How can lubes be made safer, what are the obstacles in terms of product development perspective, are some of the many questions we need answers to," said Marc-Andre LeBlanc.

"AND LUBES"
"If we provide condoms to people and not provide lubes then it is a big problem because then people use whatever they can find and at times they use lubricants or products that are not condom compatible. That is how Global Lube Access Mobilization (GLAM) came into being at the global level starting with a focus on Africa. GLAM has a tag-line 'and lubes' to remind people that when we mention 'condoms' we have to add 'and lubes' because they should be made available together.

IRMA calls for more research into the safety of lubes for rectal use, including clarity on the impact of lube use on preventing or facilitating the acquisition of HIV and STIs, and which lubes/compounds to seek or avoid. IRMA is aware of the likelihood that some of the first rectal microbicides will be available in gels with lube-like properties. Therefore, avoiding confusing messages about lube safety is paramount to avoid delays in access and use of an important public health tool later. (CNS)

Bobby Ramakant – CNS
(The author serves as Director (Policy and Programmes), Citizen News Service (CNS) and is a World Health Organization (WHO) Director-General's WNTD Awardee for the year 2008. He writes extensively on health and development through CNS. Email: [email protected], website: www.citizen-news.org)