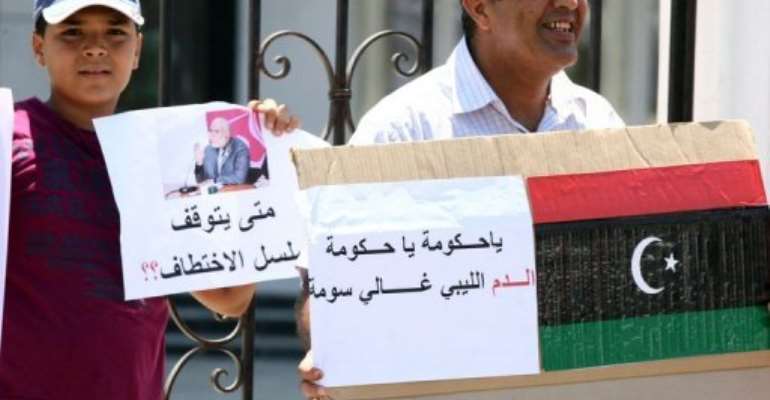 "I have no idea who obtained his release," says Nabil al-Alam's brother. By Mahmud Turkia (AFP)

TRIPOLI (AFP) - Libya's Olympic committee chief Nabil al-Alam was released on Sunday, a week after gunmen abducted him in broad daylight in Tripoli, his office and family said.

"He is out and everything is okay," said Arafat Juwan, manager of his office.

His brother confirmed that he had been freed.

"I have no idea who obtained his release but he was brought home this morning by the supreme security committee," said Saleh al-Alam.

"He is fine and in good health," he added, stressing there had been no ransom paid on the family's part.

The Libyan Olympic committee president was kidnapped on Monday by gunmen just before the departure of the country's representatives to the London Olympic and Paralympic Games, which are set to begin on Friday.

"Nine gunmen posing as members of the Libyan army removed Mr. Alam from his car in the centre of the city... and took him to an unknown location," Juwan said at the time.

Libyan athletes will be participating in judo, the marathon, the women's 100-metre dash and weightlifting.

Before last year's revolt which toppled the regime of Moamer Kadhafi, the Libyan Olympic Committee was headed by the strongman's eldest son Mohammed, who has since sought refuge in Algeria with other family members.