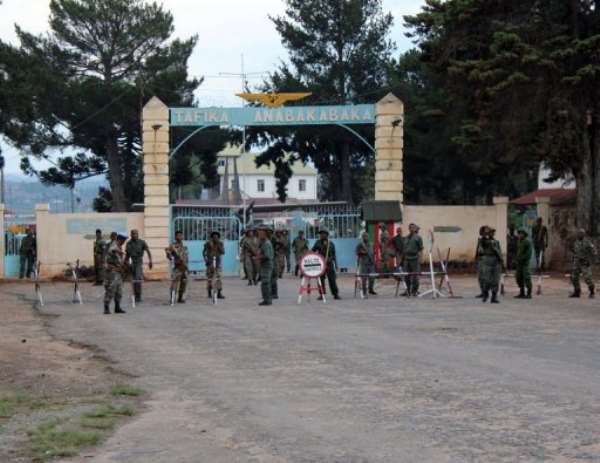 ANTANANARIVO (AFP) - Troops at a military camp near Madagascar's main airport mutinied on Sunday, the defence minister said, and all flights to Antananarivo's Ivato international airport have been suspended.

The firing began at 6:00 am but abated in about four hours, AFP journalists said.

"This morning there was indeed a mutiny led by certain elements. The chief of staff has things in hand," defence minister Andre Lucien Rakotoarimasy told AFP over the telephone.

"It's going on, we don't know anything about their demands for the moment," he added, refusing to specify the number of mutineers.

The island nation has been in crisis for three years after strongman Andry Rajoelina ousted leader Marc Ravalomanana, who is living in exile in South Africa.

The rival sides signed a roadmap in September 2011 meant to guide Madagascar to new elections, but that deal still has not been fully implemented.

In 2010, former president Ravalomanana was sentenced in absentia for the murders of around 30 protestors killed by his presidential guard in 2009 in protests that led to his overthrow in an army-backed coup.