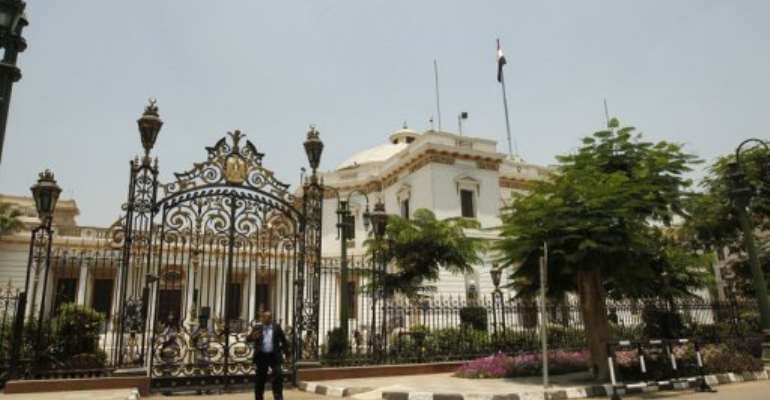 The ex-lawmaker was referred to trial after the constitutional court dissolved the Islamist-dominated parliament in June. By Mohammed Abed (AFP/File)

CAIRO (AFP) - An Egyptian court on Saturday sentenced Ali Wanis, a Muslim cleric and ex-lawmaker, to 18 months in prison after he was found guilty of committing an "indecent act" in a car with a female university student.

Wanis, however, can avoid jail by paying 1,500 Egyptian pounds ($250) in bail as the case goes to an appeal court.

Wanis had won his seat in parliament through an ultraconservative Salafi coalition and was caught performing a sexual act with the woman in a car, the official MENA news agency reported.

He was sentenced for a year on charges of committing an indecent act and six months for assaulting policemen. The woman too was sentenced to six months, and can also avoid prison by posting bail.

Wanis, who had denied the accusations, was referred to trial after the constitutional court dissolved the Islamist-dominated parliament in June.

BoG, IGP clash over attack on bullion vans
8 minutes ago