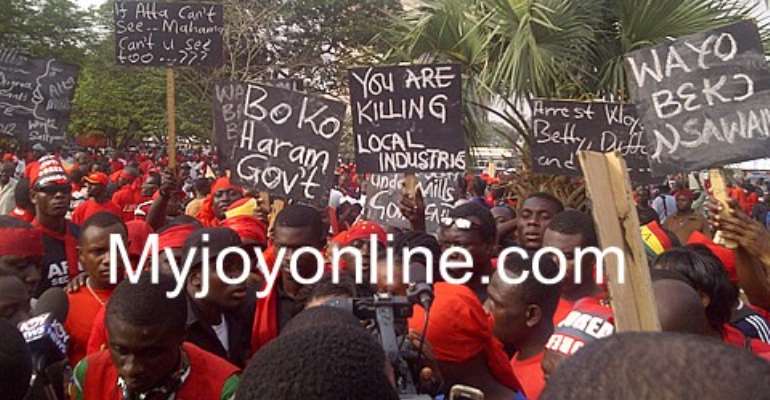 Pressure group, the Alliance for Accountable Governance (AFAG) has suspended its planned July 31 demonstration in the Western regional capital, Takoradi.

The planned demonstration which was christened “Wonkyendi”, was called off due to a contempt suit filed at an Accra High Court by a member of the ruling NDC legal team, Dr. David Annan.

AFAG is hoping to get a favourable decision at the next hearing on July 31, 2012 which is the date AFAG originally planned to hold the protest march.

AFAG in a statement on Friday shortly after the court hearing described the new development as a painful one.

“In this regard, the members of AFAG filled with the depth of pain would like the general public and especially the people of the Western Region to note that, AFAG's planned demonstration in Takoradi to be held on Tuesday the 31st of July, has been suspended”, the statement declared.