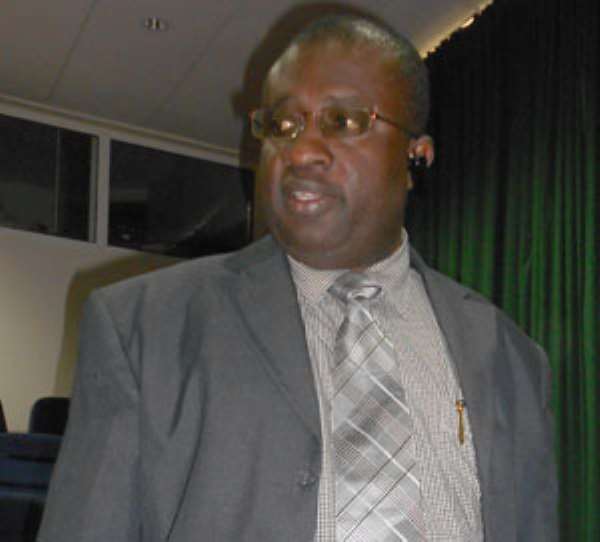 Dr. Toni Aubynn, Chief Executive Officer (CEO) of the Ghana Chamber of Mines, has called for a special fund from mining revenues for communities and national development.

He said the current practice whereby contributions from mining are kept in the consolidated fund, where all revenues are kept, does not give a clear picture on the huge contribution mining firms are making in the economy.

He noted that 'I think a separate fund, which will be called the 'Mining Revenue Fund' should be set up so that mining revenues that are used for developmental projects will be kept.'

He indicated that 'because all mining contributions go to a total fund, when government is using it for the development projects, people do not realize that 28 percent of that money is coming from mining.'

Mr. Aubynn, who disclosed this in an interview with this paper, stated that the utilization of mining revenue must be clearly stated as people have created the impression that mining companies are not contributing as expected towards the development of the communities in which they operate.

He emphasised that 'often times, people say negative things about mining companies and have created the perception out there that these companies are not doing much towards developing the country, which is quite wrong. There are a lot of things that the industry does that is not reported.'

Dr. Aubynn stated that mining companies will continue to support communities with their Corporate Social Responsibility (CSR) projects, saying it must not be seen as a replacement for government's own developmental agenda.

He added that 'CSR should rather be seen as a compliment to what government is doing in terms of development and not a replacement.'