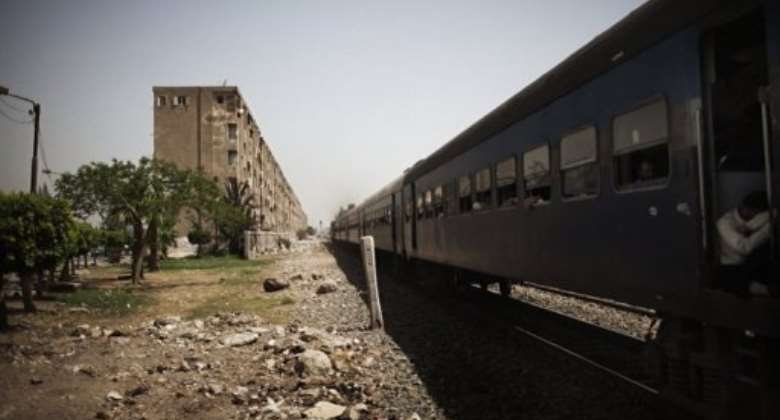 A train passes through the Egyptian Delta region, 50 kms north of the capital Cairo, in May. By Marco Longari (AFP/File)

CAIRO (AFP) - A train derailed and crashed south of Cairo on Tuesday, leaving an unknown number of people dead and injured, an Egyptian security source said.

The train, coming from the town of Sohag 500 kilometres (300 miles) south of the capital, crashed into a stationary train near Badrashin station, 30 kilometres from Cairo, he said.

Five of the 15 carriages on the train headed to Cairo overturned.

In Egypt's last train tragedy, 19 people were killed in 2009 when one train hurtled at full-speed into the back of another which had stopped.

The country's deadliest train crash was in February 2002 when the bodies of at least 361 passengers were recovered from a train after a fire.