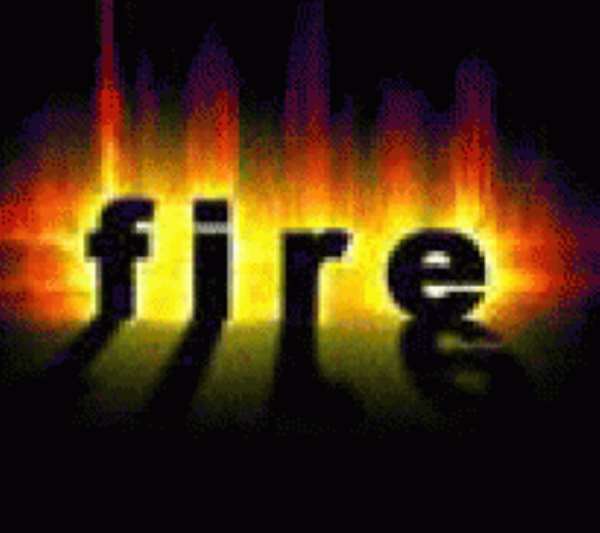 The Akweteman residence of Mr Ben Ephson, Editor of the Daily Dispatch, was Monday night gutted by fire, near the Akweteman Church of Pentecost in Accra.

It took two tenders and close to an hour, for personnel of the Ghana National Fire Service to bring the raging fire under control.

Though there were people in the house when the fire started at about 10:30pm, no casualty has been recorded.

The cause of the fire is yet to be established. It was, however, suspected to have started from the garage.

Attempts to reach Mr Ephson on phone was unsuccessful, but Franklin Cudjoe of IMANI Ghana, who lives in the same area and was a witness to the incidence, said residents were yet to sight Mr Ephson at the scene of the fire.

He said neighbours realised there was smoke coming out of the house and it was quite worrying so they tried getting in touch with the Fire Service. Of course they came and close to an hour, they managed to put the fire under control but then the water ran out of the fire tender so we have to wait for another 20 to 30 minutes for the second one to arrive,” Mr Cudjoe narrated.

Eyewitnesses believe significant damage might have been caused to Mr Ephson’s property.

Later in an interview with Joy News’ Anna Agyepong, Mr Ben Ephson confirmed that the fire started from the garage before spreading to the other rooms - the living room, the kitchen and one bedroom. His main bedroom was however not affected by the fire.