Turning The Tide of TB-HIV Co-infection In Children 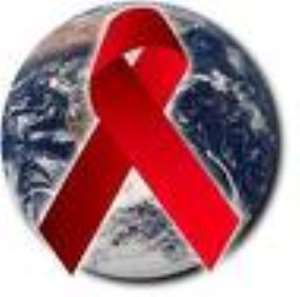 (CNS): At least half a million children become ill with tuberculosis (TB) and up to 70,000 children die of it every year. The World Health Organization has estimated that around 10% of global TB caseload occurs in children (0-14 years). However, there are reports that children account for up to 40% of all cases being treated for TB. Children are also susceptible to the dual epidemic of TB-HIV. Most children will catch tuberculosis from a family member and if they are living with HIV they are even more in danger of developing more severe forms of tuberculosis with higher mortality rates. HIV-infected children are at 20 times greater risk of TB disease than HIV-negative children and at much higher risk of TB-related deaths. Paediatric TB has until recently not been a main priority of global TB control efforts for various reasons.

It is for this reason that The Union's (International Union Against Tuberculosis and Lung Disease) Guide for diagnosis and management of TB in children suggests that—'Any child with suspected or confirmed TB should be tested for HIV infection. Also HIV-infected children are at greater risk for TB infection and for TB disease whose diagnosis and management can be more challenging in HIV-infected children.'

In the recent past, researchers have pointed to a host of problems plaguing the diagnosis and treatment of tuberculosis in children, especially those younger than age 5. At a workshop held by a taskforce of the US Centers for Disease Control and Prevention, Steve Graham of the Royal Children's Hospital in Melbourne, Australia called for new and better means of paediatric tuberculosis diagnosis, which can be complicated by concurrent ailments such as malnourishment, HIV infection and pneumonia.

Dr Surya Kant, Head of the Pulmonary Medicine Department at King George's Medical University insists that, “Regular school based check-up for TB should be done in children. We should remember that a child with conditions such as lymph-node TB will not even be symptomatic. Parents too are likely to ignore such conditions. That is why we need frequent school-based health check-up camps for early detection and health education. This should be one of the policies for early detection of diseases such as TB.”

In an exclusive interview given to CNS, Dr Soumya Swaminathan, a Scientist at the National Institute for Research in Tuberculosis, Chennai, spoke at length about the problems plaguing the management of TB-HIV co-infection in children. She said that, “A more specialised care is needed to deal with children. However, it is unfortunate that paediatricians are rarely involved in managing treatment of HIV/TB in children, and very often the patient is treated by a doctor who may not have any paediatric experience. These issues are even more complex because of the pharmacokinetics of some of these drugs in younger age. Rifampicin for example cannot be given to children below three years of age. The doctors may either delay the start of Anti Retroviral Treatment (ART) or the child may get doses which are sub-adequate or inadequate.”

“The other challenge is to improve the survival rate of babies who are born with HIV. The ideal case would be to prevent TB in newborns altogether. UNAIDS has called for the elimination of paediatric HIV by 2015. We have to eliminate paediatric HIV and should move ahead to achieve this goal in our country. Treating all positive pregnant women and mothers with full ART regimen, and looking after their health to prevent the transmission to the baby needs to be given top priority. If we do that we can prevent any child from being born with HIV. It is really a tragedy to have so many children being born with HIV, who may develop meningitis, spend months in hospitals, fend for themselves in orphanages and even die at a young age because of complications,” said Dr Swaminathan.

Dr Swaminathan's worries are also about “dealing with the several thousand babies born with the HIV infection. To detect them early and put them on treatment is a challenge because half of the HIV+ babies born with the infection will die by their second birthday if not treated because the disease progresses much more rapidly in babies. There is now a government programme where a sample of the blood of all babies born to HIV+ mothers is sent to labs and tested by DNA-PCR. If tested positive it is confirmed by a second blood test and then the infant is put on treatment. But as of now this programme is not working very efficiently, and in more than 50% of such babies the second test is not done. Thus no treatment is begun in babies who need it urgently. They have to be on lifelong treatment. Dosages need to be monitored all the time along with their growth and weight. Most of such children are underweight, and develop growth retardation quite early. It is this group which needs maximum nutritional support. Like the TB-HIV infected patients, children with HIV also need nutritional support at a very early age. ART has to be started quite early to prevent growth retardation.”

According to her, “The other issue in childhood HIV is connected with the disclosure-- what to tell the child and when to tell the child. When they are small they keep on taking their medicines but at about 13-14 years children start asking questions. Parents themselves may be positive and find it difficult to answer these questions. So there is need of trained psychologists to give counselling especially when the child reaches teenage. Adolescents don't know much. Nobody has told them anything. They have a lot of miss-conceptions, fears and a lot of psychological problems. Mental health suffers a lot.”

Dr Jelle Thole, Director of TuBerculosis Vaccine Initiative (TBVI) stressed upon the need to develop safe vaccines that can be used in HIV exposed positive children as the existing BCG vaccine, being a live vaccine, is not safe in HIV infected children. He informed that, “There is a very rich pipeline, particularly of boosting vaccines to be used in children, adolescents and adults to boost the previous BCG vaccine. There are also vaccines that are focussing on replacing BCG, which are priming vaccines that can be used in neonates and young individuals and these are now in clinical phase II trials. These boosting vaccines are subunit vaccines-- usually proteins delivered by a virus-- and hence safe for HIV+ children. New recombinant BCG vaccines are also being developed and these are much more attenuated than the current BCG which again means that they are safer in HIV+ children.”

The forthcoming XIX International AIDS Conference (AIDS 2012) taking place in Washington DC, purports to be a premier gathering for those working in the field of HIV, as well as policymakers, people living with HIV and others committed to developing strategies for collective efforts to treat and prevent HIV and the opportunistic co-infections associated with it. Let us hope that AIDS 2012 will play a key role in shaping international responses to the devastating impact of this epidemic on children around the world. (CNS)