The Dangers of Press Freedom: JOURNALIST CALLS FOR OVERTHROW OF 4TH REPUBLIC 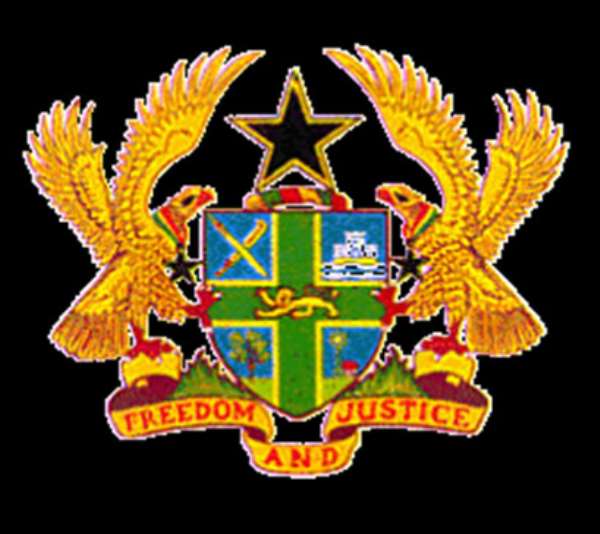 A renowned Ghanaian Journalist and columnist, Mr. Kofi Thompson is advocating the overthrow of what he termed corrupt and patently inefficient 4th Republican Constitution to be replaced by a 5th republic.

In a widely circulated articled published yesterday, Monday and copied to The Al-Hajj, Mr. Kofi Thompson called on all the 'smaller' parties in the country to demand the replacement of the 4th republican constitution by the setting up of a new 5th republic for 'a fresh start for Ghana'.

According to eccentric Mr. Thompson, who also doubles as a celebrated writer and publisher “They must ensure that that 5th Republic will be underpinned by a constitution designed to make Ghana a fair and honest society, which demands that all elected office holders, from the president down, as well as the higher echelons of the public sector, and their spouses, publicly publish their assets - immediately before assuming office, and immediately after their tenure ends”.

Time To Start Planning For A New 5th Republic For Ghana?

Listening to a group of young artisans - made up of carpenters, masons, steel-benders and plumbers, all below the age 30 - discussing the current state of our nation, was just so revealing.

That the vast majority of ordinary people have become disillusioned with our political class is obvious.

Less obvious, is their feeling that Ghanaian democracy is a sham designed to provide perfect legal cover, for a thieving and greedy ruling elite (across the spectrum).

The honest and principled individuals amongst our educated urban elites, ought to begin speaking out against the perfidy of the rogues in their midst, whose greed has given their class such a bad name - as a self-preservation measure.

That unfathomable greed, is digging, what in extreme circumstances, might very well eventually turn out to be their class' mass grave.

What members of our political class don't seem to realise, is that the watering hole they are drinking in, with such gusto, is actually the Last Chance Saloon.

Alas, ordinary people appear to have come to the rather painful conclusion that whiles politicians, members of their family clans, as well as their cronies, are prospering mightily in the 4th Republic, the so-called democracy dividend, after years of sacrifice upon sacrifice on their part, has eluded them. And they are pretty angry about it.

Asked for their views about the state of the Ghanaian polity, this is the consensus arrived at, by the aforementioned group of young artisans: the 4th Republic appears to be underpinned by a system designed to provide tailor-made legal protection, for one set of our educated urban elites - which rose to power after the overthrow of an elected constitutional regime, in December 1981.

The system then subsequently fell into the hands of yet another set of clever politicians - who won their votes in December 2000 to get into power, by telling them that they had already made their fortunes, and were coming to make Ghana a better place for its long-suffering people.

After a short while, they were astonished to discover some of the same people, then turning round to ruthlessly exploit the system too.

And as a golden age of business blossomed for a powerful and greedy few - and those they favoured - those elected self-seekers prospered mightily, from January 2001 to January 2009.

Today, they are witnessing yet another set of clever self-seekers from our political class - who for three and a half years, instead of labouring to make Ghana the better place they promised voters in December 2008, have rather worked hard to find what they thought (until the wily Kennedy Adjapong popped up with Woyomegate) was a fail-proof method of siphoning off taxpayers' money into private pockets by stealth.

The lucrative wheeze they apparently hit upon, was lobbying for judgment-debt payment orders, awarded to claimants who had sued the Republic of Ghana, by the law courts, to be paid promptly by the state.

What apparently triggered off the aforementioned group of young artisans' survey of the political landscape, was the reported kettle-calling-the-pot-black comments made by a former minister of information in the previous New Patriotic Party (NPP)administration, Mr. Stephen Asamoah Boateng - himself on trial in the law courts as we speak, accused, with others, of ignoring proper procurement procedures, in awarding a refurbishment contract for work to be carried out in the information ministry, while serving as minister there.

Perhaps the best way for the smaller opposition parties to defeat the two biggest parties, the National Democratic Congress (NDC) and the NPP, which dominate our nation's politics so completely, is to call for a fresh start for Ghana - by promising to abolish the corrupt and patently inefficient 4th Republic: and set up a new 5th Republic.

They must ensure that that 5th Republic will be underpinned by a constitution designed to make Ghana a fair and honest society, which demands that all elected office holders, from the president down, as well as the higher echelons of the public sector, and their spouses, publicly publish their assets - immediately before assuming office, and immediately after their tenure ends.

Given the newly-revealed oil industry smoke-and-mirrors shenanigans (revealed by the think-tank IMANI), indeed, the smaller parties would be wise to start planning for a new 5th Republic now - to give Ghana a fresh start and ordinary people a real stake in the governance of their nation. A word to the wise...