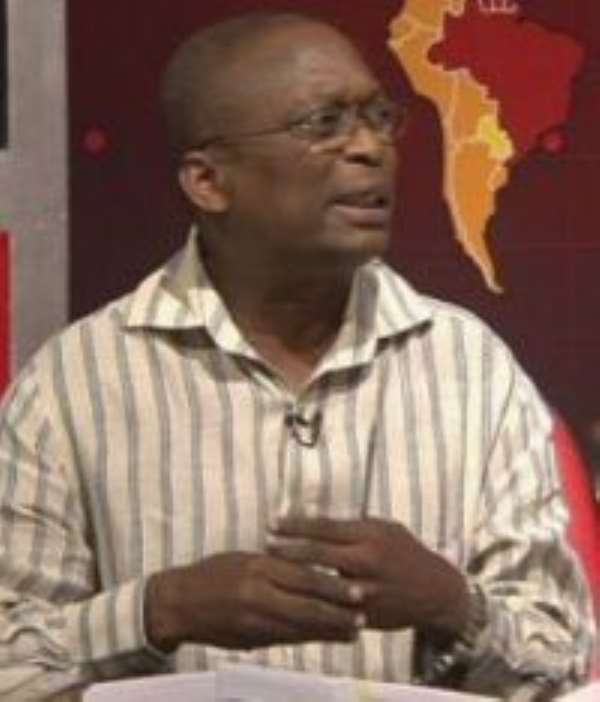 The Editor-in-Chief of the New Crusading Guide, Abdul Malik Kweku Baako, has revealed that a GH¢420,000 report commissioned by former Attorney General and Minister of Justice, Mrs Betty Mould Iddrisu, clearly showed that there was no breach of contract between the government of Ghana and ISOFOTON SA Madrid.

Speaking on Good Morning Ghana, yesterday, Kweku Baako stated that prior to the report being submitted by “The Professional Group Ghana” whose membership is composed of top NDC kingpins, the then Attorney-General, Mrs Betty Mould Iddrisu consented for the case to be withdrawn from court and initiated payments of some $400,000 made to ISOFOTON SA.

Kweku Baako explained that former Attorney-General and Minister of Justice under the Kufuor administration, Joe Ghartey, on November 26 2008, put in an application to set aside the default judgement awarding damages to ISOFOTON SA for a breach of contract.

On assumption of office by the Mills-Mahama administration, Mrs Betty Mould Iddrisu, on May 29, 2009, renewed the application for setting aside the default judgement initiated by Joe Ghartey, solely because the government of Ghana had an agreement with ISOFOTON to go for an out-of-court settlement.

According to Kweku Baako, a memo dated 9 th February 2011 from the Attorney-General, Martin Amidu, to the Solicitor General, indicated that on the 8 th of February 2011, deputy Attorney-General, Barton-Odro submitted a report authored by the “Professional Group Ghana” and commissioned by the A-G's office in August 2010 to conduct research into the alleged breach of contract between Ghana and ISOFOTON SA.

The Memo read: “After a careful reading of the report commissioned by this office, I have come to the conclusion that the matter was not as easy as it was concluded by this office. The settlement of $1.3 million was concluded, filed and a request for payment made to the Ministry of Finance, even before our own experts appointed at the expense of the Republic could submit the report on the very matter we intended to settle

“In the mean time we entered consent judgement 29 th September 2010, a month after commissioning the investigation into the ISOFOTON SA transaction by the Professional Group Ghana.

MrAmidu, in the memo revealed that the A-G's office was billed an amount of GH¢420,000 for four copies of the report which was submitted on the 4 th of November 2010, a month after the Mrs Betty-Mould Iddrisu had agreed to an out-of-court settlement with ISOFOTON SA.

“The conclusion of the Professional Group Ghana is that there was no breach of contract between the government of Ghana and ISOFOTON on any of the two contracts purportedly entered into by the Ministry of Energy and the Ministry of Agriculture, respectively. The award of the two new contracts by the government based on the Spanish Protocol of 2006 was separate from the agreement entered into by the two Ministries,” Kweku Baako said.

Kweku Baako thus explained that the two Ministries could not bind the government in respect of finances long before the expiry of the Spanish protocol of 2006.