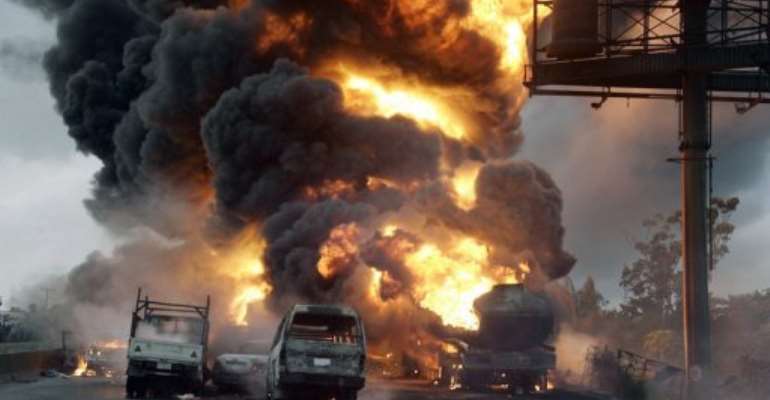 "People rushed there to scoop for fuel and there was a fire which consumed a lot of people," said police spokesman Ben Ugwuegbulem, of the southern Rivers state.

A rescue official who requested anonymity said "some were killed in the inferno," but that casualty figures were still being compiled.

The accident happened in an area called Ahoada near the oil hub of Port Harcourt in Nigeria's crude-producing Niger Delta region.

Dozens of people "were caught in the blaze," said Onyema Mwachukwu, spokesman for the military's Joint Task Force (JTF) in the state.

Major accidents, often involving large-haul trucks, are common in Nigeria, where many of the roads in extremely poor condition.