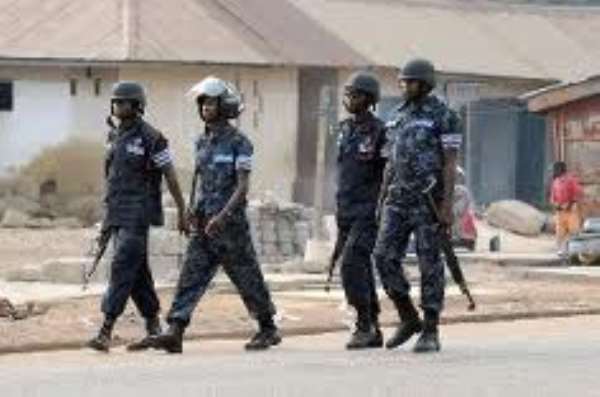 Apremdo (W/R), July 10, GNA — Confusion broke-out on Tuesday between artisans occupying a parcel of land at Apremdo near Takoradi and the Police over a demolition exercise ordered by the court.

It started when bulldozers stormed the area near the Galaxy Oil Filling Station at Apremdo, where the artisans and traders had erected temporal structures for their businesses.

According to the Chairman of Apremdo Garages Association, Mr. Peter Quazi, a court bailiff in the company of the Police was at the area at about 0530hours on Tuesday morning to carry out the demolition exercise.

This, he said, did not go down well with the artisans, who prevented the users of the bulldozers from carrying out the exercise.

Mr. Quazi said that the Police tried to prevail upon the artisans to allow the exercise to continue but that resulted in the scuffle.

The situation, however, calmed later when the Police softened their stance and stopped the demolition exercise.

Meanwhile, the Metropolitan Chief Executive for Sekondi-Takoradi, Captain (Retired) Anthony Cudjoe, said his outfit was not informed about the demolition exercise and therefore faulted the Police for the confusion.

He said since the demolition exercise would economically affect the artisans, it should have been properly communicated to them earlier for them to vacate voluntarily.

Captain Cudjoe said although the Assembly intended evacuating artisans in the Metropolis to Kokompe Large Industrial Enclave, the project had not been completed.

He said funds had been secured by the Assembly for the project while a consultant had been engaged to look into the design of the project.

The Ghana News Agency (GNA) gathered that the parcel of land belonged to a stool at Apremdo and the owners went to court for an order to evict the squatters.