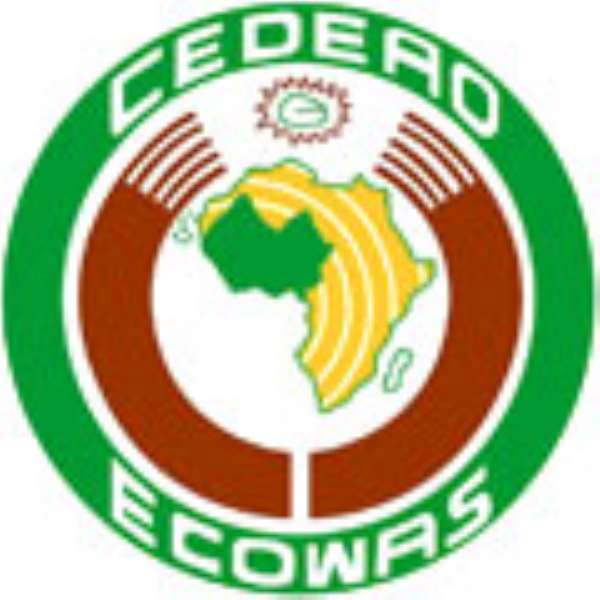 1. At the invitation of His Excellency Blaise Compaoré, President of Burkina Faso and

Malian crisis, the second meeting of the Regional Contact Group on Mali was held on 7 July 2012, in Ouagadougou.

2. The following Heads of State and Government attended the meeting:

§ H.E. Thomas Boni YAYI, President of the Republic of Benin

§ H.E. Alassane OUATTARA, President of the Republic of Cote d'Ivoire

§ H.E. Mahamadou ISSOUFOU, President of the Republic of Niger

3. Presentations were made by invitees who included the Transitional Government of Mali, represented by Mrs Rokiatou Guikine TRAORE, Minister for African Integration and Malians Abroad, as well as representatives of the following political parties and Civil Society actors:

§ Alliance of Women for a United Mali

§ The Press House of Mali

6. The meeting of the Contact Group on Mali was held in conformity with the recommendation of the 41st Session of ECOWAS Heads of State and Government which took place from 28 to 29 June 2012 in Yamoussoukro, Cote d'Ivoire, and was aimed at facilitating the implementation of the relevant recommendations of the Summit, that is, to restore the territorial integrity of Mali, to protect institutions and to assist the country in the organisation of a fair, transparent and credible presidential election on the basis of a roadmap.

7. In order to facilitate the attainment of these objectives, the ECOWAS Heads of State and Government mandated the Mediator to urgently put in place, with the support of the Contact Group, a consultative framework with the participation of all stakeholders, particularly political parties and Civil Society.

8. At the meeting, the members of the Contact Group received messages from the Government, political stakeholders and Civil Society of the Republic of Mali. In their messages, the stakeholders in the socio-political life of Mali expressed their deep concern at the persistence of the double security and institutional crisis in Mali since the beginning of 2012. In particular, they underscored the suffering of the populations in northern Mali due to the occupation of the zone by armed groups and criminal gangs, and expressed their solidarity with them.

9. The Malian stakeholders also categorically condemned the destruction of cultural artefacts by the armed groups, in particular the holy places in Timbuktu, which are World Heritage sites. They called for prompt action by ECOWAS and the International Community to put an end to the violence against the population, vandalism and religious fanaticism.

10. Regarding the way out of the crisis, the socio-political stakeholders of Mali reiterated their desire to find a speedy solution to the crisis. To this end, they underscored the urgent need to work towards stabilising the institutions of the State, the necessity to form a Government of national unity, and the imperative of re-organising and strengthening the operational capacities of the Army with the support of ECOWAS and the International Community.

10. The Heads of State of the Contact Group and the Mediator took note of the concerns and proposals expressed by the Malian socio-political forces for ending the crisis and after deliberations, arrived at the following conclusions, recommendations and decisions:

I. The Need to Consolidate Constitutional Order and the Continuity of the State

11. The Contact Group welcomes the return to constitutional order in Mali. It requests ECOWAS to take specific steps, in collaboration with the Malian Government, to protect and consolidate the institutions of the Republic and to ensure their normal functioning.

12. The Group also calls on ECOWAS to support the Government of Mali with a view to arranging the return of the Interim President, His Excellency Dioncounda TRAORE, and guaranteeing his protection and physical integrity.

13. In order to promote political stability and create favourable conditions for a peaceful way out of the crisis, the Member Heads of State of the Contact Group support the demand of the socio-political stakeholders of Mali, including political leaders and Civil Society, and call on them to hold consultations and to make proposals to the Interim President regarding the formation, before 31 July 2012, of a Government of national unity which will be responsible for the implementation of the roadmap for ending the crisis. Moreover, they demand that full light be shed on the physical attack against President Dioncounda TRAORE and that charges be brought against the perpetrators of this attack.

14. The Heads of State of the Contact Group express deep concern over the plight of the inhabitants of northern Mali as a result of the occupation of this part of the country by armed groups, and the absence of social services. They urgently appeal to the Malian Government to take all necessary measures, with the support of ECOWAS, to restore central authority and administration throughout the country.

15. The Member Heads of State of the Contact Group urge the Malian Government to adopt, without delay, a roadmap that will lead to a peaceful end to the crisis through the restoration of the territorial integrity of Mali and the organisation of a fair, transparent and credible Presidential election in which the interim President, the Prime Minister and the members of the Transitional Government shall not be candidates.

16. The Member Heads of State of the Contact Group urge the Malian Government to table a request before the National Assembly regarding the extension of the mandate of members of the Supreme Council for Local Authorities and the

II. Management of the Crisis in the North of Mali

17. Regarding the security crisis in the north of Mali, the Contact Group reminds that the territorial integrity and sovereignty of Mali, as well the secularity of the State and religious freedom, are non-negotiable. It made a solemn appeal to all the socio-political stakeholders in Mali, including the armed groups illegally occupying the north, to favour dialogue and work together to preserve social cohesion and national unity. Accordingly, they urge the armed groups in Mali to distance themselves from terrorist groups and all forms of extremism, in order to pave the way for inclusive dialogue and a speedy end to the crisis.

18. The Member Heads of State of the Contact Group encourage the Government of Mali to put in place a national body responsible for carrying out peace talks with the armed groups in the north of Mali under the aegis of the ECOWAS Mediator, with a view to finding negotiated political solutions to the crisis though dialogue.

19. The Group urges ECOWAS to provide support in building the capacities of the Malian Army to enable it to carry out its core duty of defending the national territory and protecting institutions, individuals and property.

20. The Contact Group calls on the Malian Government to establish vibrant and sustained cooperation with ECOWAS, the African Union and the United Nations, with a view to effectively managing the crisis in the north of Mali. In this regard, it urges the Interim President to address, without delay, a formal request to ECOWAS and the United Nations for the deployment of ECOWAS troops to support the Malian Army in its core duty of defending the national territory.

21. The Member Heads of State of the Contact Group on Mali remind the Malian Government, the armed groups occupying the north of the country, and all other socio-political stakeholders in Mali of their obligation to respect and ensure respect for human rights and fundamental freedoms, in conformity with the Constitution of Mali and international instruments to which Mali is signatory. They call on them to take necessary measures to ensure the respect of individual and collective rights in the entire country.

22. They call on them to urgently take necessary steps to guarantee access of the population to basic social amenities, particularly education, health, water, and food.

24. In addition, they encourage the Malian Government to take all appropriate measures to strengthen cooperation with all technical and financial partners of Mali, in order to preserve the economic viability of the country and meet the basic needs of all Malians without exception.

25. The Contact Group on Mali launches a fervent appeal to all stakeholders in the Malian crisis for a complete cessation of hostilities before the holy month of Ramadan. It calls on the armed groups occupying the north of the country to put an immediate stop to the destruction of historical monuments in Timbuktu and requests the International Community to set up a special fund for the restoration and preservation of the monuments, which are classified under World Heritage Sites. It demands the immediate release of all persons arbitrarily detained. It also calls on the International Criminal Court to launch the necessary enquires in order to identify the perpetrators of these war crimes and to initiate the necessary legal proceedings against them.

26. The Member Heads of State of the Contact Group strongly urge the Government of Mali to adopt, before the end of July 2012, a roadmap for ending the crisis, in collaboration with the ECOWAS Mediator.

27. The Heads of State reiterate the Decision of the 41st Ordinary Summit of ECOWAS to deploy troops of the ECOWAS Standby Force in Mali as soon as possible to assist in the stabilisation of institutions and the restoration of the territorial integrity of Mali, as well as in ensuring the security of the territory.

28. They encourage the Malian Government, the armed groups occupying the north of Mali, and the other socio-political stakeholders in Mali to ensure the full implementation of the relevant provisions of Resolution 2056 (2012) of the UN

29. The Member Heads of State of the Contact Group remind all that whoever opposes the smooth running of the transition and ECOWAS decisions will be liable to individual and collective sanctions.