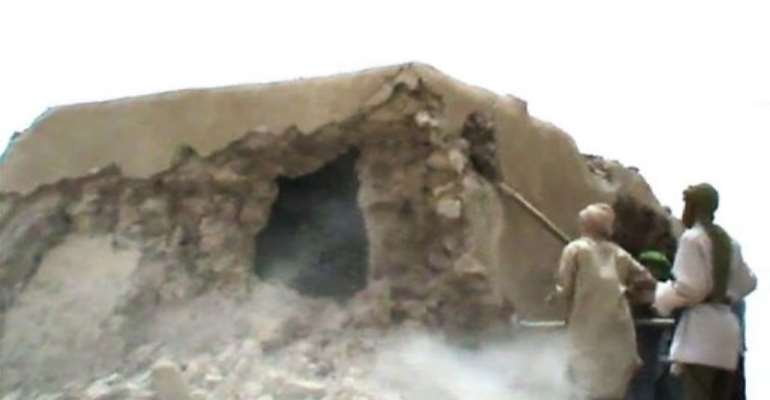 West African states have demanded a unity government in Mali by July 31. By (AFP)

OUAGADOUGOU (AFP) - West African leaders are growing increasingly impatient with Mali's slow progress in ending a political crisis that has seen Islamist fighters seize more than half its territory.

Bearing the brunt of their frustration is Cheick Modibo Diarra, Mali's interim prime minister who heads a transitional government meant to be restoring the country's territorial integrity and overseeing the return to civilian rule after a March 22 coup.

At a conference in the Burkina Faso capital Ouagadougou on Saturday, six national leaders from the Economic Community of West African States said Diarra must create a "unity government" by July 31 that can provide a clear timeline to exit the crisis.

If not, ECOWAS would no longer recognise the government of Mali and the country would be suspended from sub-regional groups.

"What the heads of state are doing is accusing Diarra of not respecting the handover agreement" reached on April 6 between ECOWAS and the coup leaders for a broader government, a source close to the talks told AFP.

"They've asked Diarra to open the government, but until now it hasn't been done," the source said.

Political parties, civil society and armed factions in the north have refused to recognise the interim government, hampering efforts to negotiate with Islamist fighters.

Diarra himself was absent from the talks and Mali's other leader, interim President Dioncounda Traore has been in Paris since late May for treatment following a serious assault inside the presidential compound in the capital Bamako.

According to an African diplomat, Diarra has a problem of legitimacy with the Malian political class because he "quickly surrounded himself with those close to the former dictator Moussa Traore", in power from 1968-1991, and also because of his complex relations with coup leaders.

"In the evening, he is close to them, but in the morning he keeps his distance," the diplomat said.

Diarra, who was a world-renowned astrophysicist before turning to politics, also has his supporters.

An advisor said Diarra's fans appreciated him refusing to be at the beck and call of ECOWAS. He's "a proud man, let's not forget that," the advisor said.

Malian soldiers justified their coup by saying they were too poorly equipped to fight the northern rebels, but the move left the country split in two, with Tuareg and Islamist fighters quickly seizing on the political disarray to capture the country's vast north.

The renegade soldiers agreed under intense regional and international pressure to hand power back to a civilian administration but have retained considerable influence.

The UN Security Council in a resolution Thursday expressed "deep concern" at the presence of Al-Qaeda in the Islamic Maghreb fighters, who have been blamed for kidnappings and attacks in several countries.

But the council held back from giving a UN mandate to any west African force that could help Mali's interim government take back the territory.