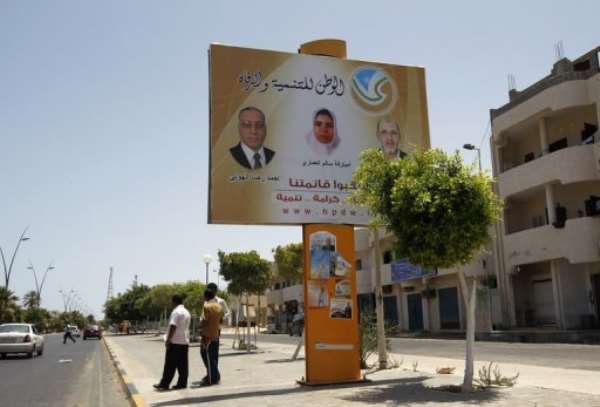 "A helicopter carrying ballots and flying over the region of Hawari (south of Benghazi) was struck by small arms fire," Colonel Ali al-Sheikhi said. "One person on board was killed."