UN Council says S. Sudan must do more on rights 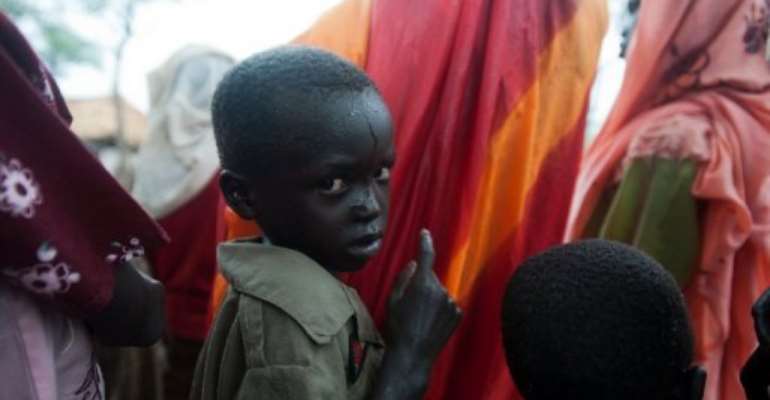 UNITED NATIONS (AFP) - The UN Security Council on Thursday gave a sober assessment of South Sudan's first year of existence, calling for better respect of human rights, a tougher battle against corruption and more action to help the impoverished people of the new nation.

A UN resolution extending the mandate of the UN mission in South Sudan, UNMISS, for another year set out the troubles the country has seen since it was set up in international fanfare on July 9 last year.

The 15-nation council expressed "deep concern" at ethnic violence in which hundreds have died, called for a crackdown on corruption and for the government "to take greater responsibility for the protection of its civilians".

The resolution particularly highlighted the need to reform South Sudan's prisons where the UN has said some prisoners are dying of starvation and illness.

"The situation faced by South Sudan continues to constitute a threat to international peace and security in the region," said the resolution.

South Sudan split from Sudan one year ago following a two-decade civil war in which more than two million people died.

The new country is one of the world's poorest and has remained on the verge of war with its neighbor for much of the past 12 months.

More than 200,000 refugees are said to have fled across the border from conflict in Sudan's South Kordofan and Blue Nile states and tens of thousands are still displaced from the disputed territory of Abyei.

The Security Council called on President Salva Kiir's government to "take greater responsibility for the protection of its civilians."

It said the government should ratify key international human rights treaties, including those on women and children, refugees, and the stateless.

The government must "end prolonged, arbitrary detention, and establish a safe, secure and humane prison system," said the resolution.

It called on South Sudan "to combat impunity and hold accountable all perpetrators of human rights and international humanitarian law violations, including those committed by illegal armed groups or elements of the Republic of South Sudan Security Forces."

"South Sudan was created with an amazing burst of optimism. It clearly had a lot of international support against Sudan. Things are now more nuanced," said one African diplomat on the Security Council.

"This resolution is more sobering," said another UN diplomat.

"South Sudan clearly faces serious political, economic, and security challenges, but there are many human rights reforms that require only political will, not resources," said Daniel Bekele, HRW's Africa director.

"Lack of accountability for serious crimes is a longstanding problem in South Sudan, a country with limited law enforcement capacity and a vast territory," said HRW.

Rights groups and the UN say South Sudan's troubles have been highlighted by mass inter-communal violence in Jonglei state in December and January in which more than 800 people were killed.

The government set up a committee in March to investigate the violence. But members have not yet been sworn in and the committee has no budget to start work, HRW said.