Traders jump to the defence of foreign retailers 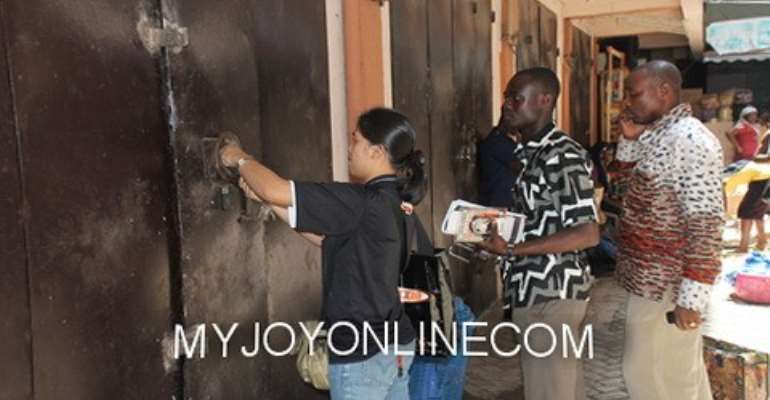 Some of the shops being closed down

There has been mixed reactions to government's closure of foreign retail shops by the government, Tuesday.

Whiles some Ghanaian traders courted sympathy for some of these traders whose shops were closed down, the leaders of the Ghana Union of Traders Association were happy government has taken the right step.

One of the unhappy Ghanaian traders told Joy News' Francis Abban government must be selective in closing down the shops.

She said those with legal permits must be allowed to stay insisting, they disagree with the decision of the Chinese traders to leave.

Joy News checks indicate six shops belonging to Chinese but with Ghanaians fronting as owners were closed down.

Speaking to Evans Mensah on Top Story, the President of the Ghana Union of Traders Association Mr. George Ofori said they are happy with the action taken by government.

According to him, 36 shops have so far been closed down and expects several others will be closed down in due course.

GUTA has been championing the cause for the closure of foreign retailers most of who they claim have violated the law that required such retailers to pay about $300,000.

Government after several postponements Tuesday closed down some of the shops asking owners to come and regularize their stay.

Meanwhile, Kofi Bentil of IMANI Ghana however has challenges with government's action.

According to him, the law that required foreigners to pay $300,000 is anomalous and must be relooked at.

He said a law is intended for good, but this will satisfy just a few and a greater majority will be the end loser.

Kofi Bentil said the government must expand its markets instead of constricting it, adding the action will have dire consequences to Ghanaians some of who are trading in other countries.