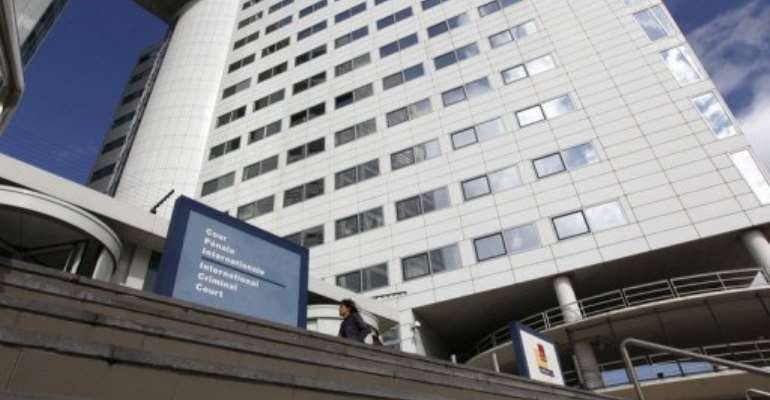 The International Criminal Court said it expected a four-member legal team detained in Libya to be released on Monday. By Vincent Jannink (AFP/File)

THE HAGUE (AFP) - The International Criminal Court said it expected a four-member legal team detained in Libya three weeks ago after visiting slain leader Moamer Kadhafi's jailed son to be released on Monday.

"The ICC president is going to Libya tomorrow and the release of the four ICC staff members is expected tomorrow," Fadi el-Abdallah, spokesman of The Hague-based tribunal, told AFP Sunday.

The four, including Australian lawyer Melinda Taylor, have been held in Zintan, southwest of Tripoli, since June 7 after travelling there to help prepare Seif al-Islam's defence.

Taylor was accused of carrying a pen camera and attempting to give Seif al-Islam a coded letter from his former right-hand man, Mohammed Ismail.

The three other detained ICC staffers are Taylor's interpreter from Lebanon, and colleagues from Russia and Spain.

Fadi el-Abdallah said that the ICC president, South Korea's Sang-Hyun Song, would travel to Tripoli with a delegation but did not provide more details.

Australian Foreign Minister Bob Carr said Monday his advice from the ICC was that Taylor and her colleagues were expected to be released at about 1000 or 1100 GMT.

"This is all based on the advice from the International Criminal Court; they will breathe easy when it's fulfilled and she's winging her way on the promised Italian military jet to her home in The Hague," Carr told Australia's Sky News.

"But so far it's very good news, a great relief."

The breakthrough came about via "fruitful negotiations" between the ICC and Libyan authorities, he said.

The ICC wants to try Seif al-Islam, 39, for crimes against humanity during his father's rule, which came to an abrupt end last year.

Tripoli insists he should be tried locally and filed a motion on May 1 challenging the ICC's jurisdiction to put him on trial in The Hague.

Carr said a week ago that talks in The Hague between the ICC and the Libyan authorities had resulted in "the ICC expressing regret, effectively an apology for any misunderstandings".

The ICC has stopped short of admitting to any wrongdoing but has said it would fully investigate its team's behaviour upon their return.

"When the ICC has completed its investigation, the Court will ensure that anyone found responsible for any misconduct will be subject to appropriate sanctions," it added in a statement issued last month.

US$170 million Judgment Debt: Prosecute signatories to GPGC ...
32 minutes ago

Accra: Dumsor timetable for 22 days out
34 minutes ago