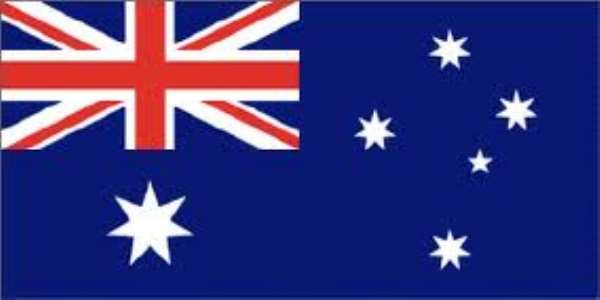 He said Australian resources companies have current and projected investment across Africa of around 50billion Australia dollars, adding, “there are over 230 Australian companies working on more than 650 projects in exploration, extraction, processing and mining services in 42 countries in Africa.”

Mr Williams was speaking at a reception held to welcome graduates who recently completed a Geographic Information System mining course in Australia in Accra on Tuesday.

It was also to welcome participants of the first two mining-related courses on occupational health and safety and managing corporate social relationships hosted in Accra.

He said the reception was also to launch Ghana as a hub for Australian courses in Africa and a technical assistance program that Australia would provide for the Ghana Revenue Authority to increase the efficiency and effectiveness of revenue collection and tax administration in the minerals sector.

Mr Williams noted that the investment Australian companies had in Africa have contributed to Africa's long-term economic and community development.

He noted since 2010, 27 African countries have received around 240 short and long term Australia Awards in mining and natural resource management, covering issues such as mining governance, environmental management and workplace safety.

He said Ghana was been awarded 85 Australia Awards in 2012 in including mining governance, agriculture, health, education and public policy and added that Australia will deliver 1000 Awards throughout Africa each year from 2013.

Mr Ben Aryee, Chief Executive Officer of the Minerals Commission, said the key role of mineral endowed nation was to promote exploration and exploitation of resources in which comparative advantage exists and competitive advantage could be developed.

He said the role of the minerals commission as spelt out in the 1992 Constitution of Ghana was to regulate and manage the utilization of the mineral resource of Ghana and the coordination and implementation of policies in relation to them.

Mr Aryee said institutional reforms aimed at strengthening enforcement of regulations, following the coming into force of Act 703, the erstwhile Mines Department was brought under the Minerals Commission as the “Inspectorate Division.”

He said the Minerals Commission was collaborating with the Chamber of Mines to identify products required by industry to be produced and supply by local companies, adding, “About 28 product have so far been shortlisted.”

Mr Aryee thanked the Australian Government for choosing Ghana as a hub for Australia funded training courses which would be delivered in West Africa.