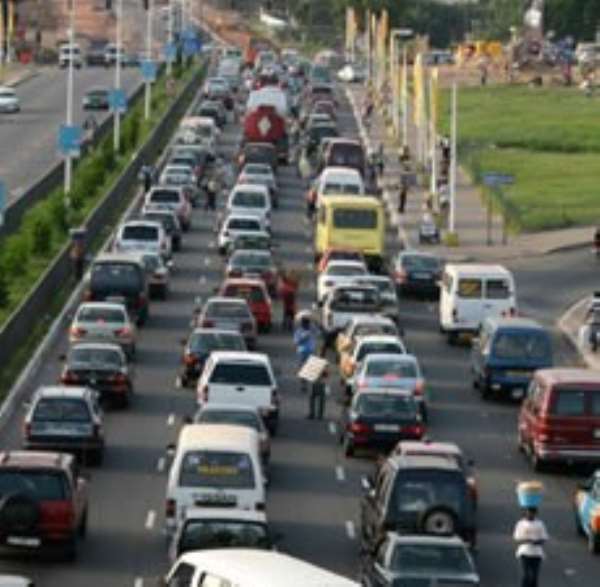 “Auctioning of confiscated cars is the job of the Customs Division of Ghana Revenue Authority. It is therefore unlawful for Castle to undertake such an exercise,” the Executive Secretary of GII, Vitus Azeem, has explained while challenging the Revenue Authority to be bold and stand on its feet against the act.

Vehicles are subject to seizure when importers are unable to clear them at the port. Such cars are disposed of by the Confiscated Vehicles Allocation Committee of which Carl Wilson was chairman, until the supporters of the ruling National Democratic Government called for his head some few months ago.

Disposal of seized cars, which under the previous government yielded revenue to the state, has failed to do so under the current dispensation, as the cars are mostly allocated to cronies of government and party stalwarts, with nothing going into the state kitty.

Some Officers of the Customs Division had complained bitterly that the interference into their duties by the Seat of Government is not only affecting their work, but it is also causing the country to lose huge revenue as the tokens normally taken by the castle operatives does not enter government coffers.

Mr Azeem questioned: “If someone import a car into the country and he/she is being asked to pay taxes of GH¢ 4,000 and is not able to pay and therefore the Customs Division confiscate the car, he queried, why should this car be auctioned at a price far lower than even the taxes imposed on the car not to talk of the price and importation cost of the car?”

He lamented further: “ those cars are even at times used for commercial purposes whiles, some government agencies and heads of department mostly at the district level do not even have cars to perform their work.” He said the Revenue Authority had to sit up and do what they are mandated to do.

“Do not sit down and allow some people out of their own selfish interest to loot the country of huge revenue,” he charged the Authority.

It was revealed that between November 25 and December 1, 2009, the National Security Council had been allocated a total number of 257 vehicles from the confiscated car pool at the Jubilee and Safe Bond car parks at Tema and Takoradi ports.

Original car owners had in some instances been spotted, hands on their heads, wailing as their vehicles were driven away by the new owners at ridiculous prices.

Some importers who spoke to Economy Times noted that, they often see their cars on the road and when they try to find out how the new owners got them, it turns out to be that, castle operatives had issued a chit to such person at a mere amount which is far lower than the amount of tax the importer of the car was asked to pay.