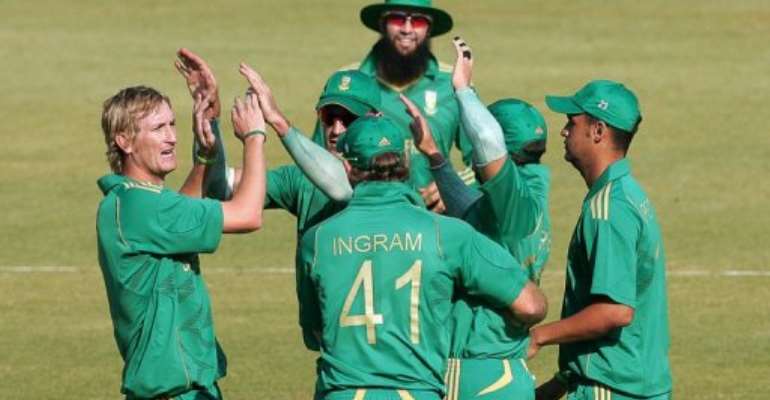 South Africans celebrate a wicket against Zimbabwe at the weekend. By Jekesai Njikizana (AFP/File)

KUALA LUMPUR (AFP) - South Africa was chosen as the host of this year's Champions League T20 tournament by cricket chiefs meeting in Kuala Lumpur on Tuesday.

"South Africa will host CLT20 this year. All other details to follow soon," tweeted Sundar Raman, of member of the tournament's technical committee.

The fourth edition of the club Twenty20 tournament will be held in October in Cape Town, Johannesburg, Centurion and Durban, the ESPNCricinfo site reported.

Last month India invited Pakistan's domestic champions Sialkot Stallions to join the Champions League, in what was considered a breakthrough towards the resumption of sporting ties between the two countries.

It will be the second time South Africa has hosted the event, which has also been held twice in India. The tournament is a joint initiative between India, South Africa and Australia.

The announcement was made on the sidelines of the International Cricket Council's annual conference, which is taking place this week in the Malaysian capital.