Mills Is Back! NPP put to shame! 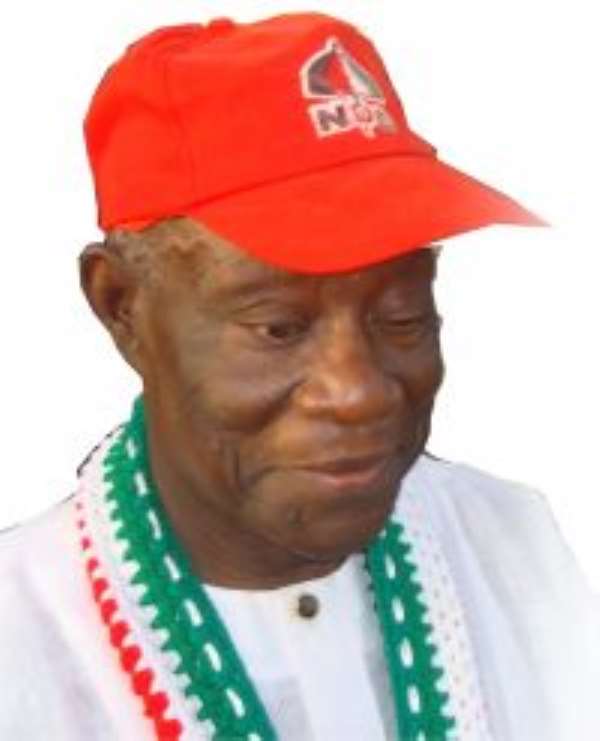 Much to the chagrin of the opposition NPP, President John Evans Atta-Mills yesterday returned to Ghana from the U.S looking buoyant after going a routine medical check-up. And his message was simple and clear, “I am back with a bang!”

Hundreds of NDC supporters from all walks of life who had earlier massed up at the airport to welcome the President gave him a tumultuous in apparent response to the opposition NPP and their media hirelings who had before his departure to the U.S. declared him so sick that he could not appear in public. An NPP MP later declared that he was in coma. Then news of the good professor's alleged death broke out for the second time in four years.

The crowd at the airport roared and went agog when President Mills emerged from the Delta Airlines Flight in which he had flown back home.

Attired in a suit with a radiant blue tie to match and beaming with smiles, the President waved to the enthusiastic crowd which by now had been thrown into frenzy with lying on the ground, wanting him to walk in their direction and walk on them.

Hassan Ayariga, Flag-bearer of the NPP was also at airport to welcome the President back home.

In a short speech to the teeming crowd, President Mills said he has returned to Ghana with a big bang to continue implementing the BETTER GHABNA agenda.

He said the result of the routine check up he underwent showed that he could return to the Castle and continue his work.

In a move that is unAfrican, elements of the NPP have over the years wished President Mills ill by claiming that he is sick.

Not even his public declaration that he was well and that the only problem that he had was sinuses related will make his detractors rest.

In a meeting with journalists on January 9, 2012, at the Castle, he said he realizes that his existence is a bother to some people. However, he said he will be around for a long time.

Many Ghanaians were incensed when the flag-bearer of the NPP, Nana Akufo-Addo, in a statement said to be one to wish President Mills well stated that the President was going for a 'medical treatment'.

“…we have learnt last night [Sunday] from President Atta Mills that he was on his way to the United States to see doctors for medical treatment…He [Mills] takes with him the thoughts and prayers of all Ghanaians who wish him good health and a safe return to duty in a few days…I hope the checks go well and he comes back fit and strong,” the statement said.

Under siege from Ghanaians for this mischievous statement, Deputy Director for Communication of the NPP, Sammy Awuku, beat a quick retreat on behalf of his party when he said that the NPP will never wish the President dead.

Yesterday, to cover its shame, Sammy Awuku again welcomed President Mills back home saying the NPP was glad to see him in the best of health. However, many Ghanaians will place not any value on this statement for obvious reasons.