The pastoral hurricane in Ghana

How safe are we?
By Sammy Dzandu 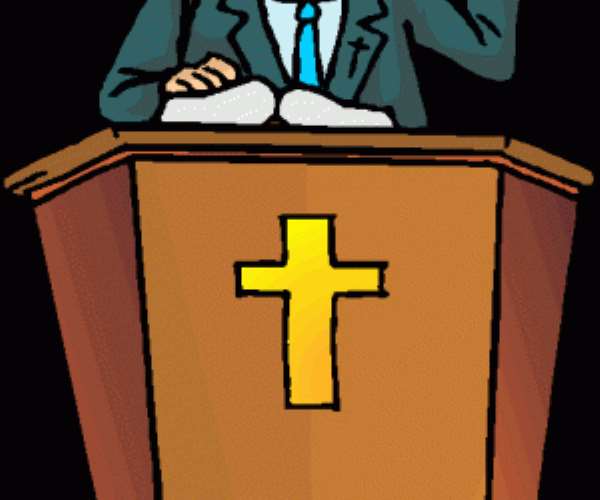 IN recent times, there has been news about natural disasters causing havoc in many countries. For instance, not too long ago, Eastern Caribbean was hit by a hurricane resulting in loss of lives and property. The Forshon City in China was also devastated after being hit by a severe hurricane. The tsunami which occurred in Japan early last year resulting in the death of many people and hundred others missing was another sad event.

Fortunately, in Ghana, God has spared us tsunamis and hurricanes. However, there is a kind of hurricane in the country, which if care is not taken would sweep thousands of people away and the consequence might be worse than what happened in China and Japan. I mean the strong and destructive wind of the activities of false/fake pastors in the country.

It is a fact that we can not prevent natural disasters from happening. However, we could take the necessary steps to lessen their impact when they occur. Scientists have invented different equipment/instruments to detect hurricanes. For instance Rev. Jose Algue, a meteorologist and a renowned scientist would forever me remembered for inventing the barocyclometer, a very sensitive instrument that could be used to detect a hurricane about 500 miles away.

Similarly, we may not be able to prevent people from becoming fake pastors but we could use the necessary “equipment/instruments” to expose them. As a Christian, I should be very careful about what I say about Men of God. This is because I have not forgotten what happened to Korah and his colleagues when they unjustifiably criticized Moses. In fact, the earth swallowed them together with their households and possessions (Numbers 16:31-33). I have also learnt a great lesson from the sudden ends of forty-two youths as recorded in 2 Kings 2:23, when they were devoured by bears for making fun of Elisha.

There are many pastors who are doing very well, transforming the lives of people through the teaching of the unadulterated word of God and leading exemplary lives. I am therefore not suggesting that all pastors are bad. My concern, however, is those who hide under all kinds of titles including prophet, evangelist, apostle and bishop to dupe and rob innocent people. Some marriages and families have disintegrated as a result of the actions these so called prophets. One thing I am happy about is that Jesus Himself has warned us about them. In Matthew 7:15, He says they would come to us in sheep's clothing, but inwardly they are ferocious wolves. In Matthew 24:11, Jesus says many false prophets will appear and deceive many people.

The bait that fake pastors are using these days to “catch” their victims is MIRACLES. There is nothing wrong with miracles. Jesus Himself performed many miracles while on earth; and He is still performing miracles. I could personally testify of miracles that God did in my life. Unfortunately, these pastors (are they really pastors?), by their actions are suggesting that the Christian life is all about miracles. Miracle to get husband/wife! Miracle to get visa! Miracle to get rich! Miracle to be invited by a relation to join him/her abroad! Miracle to pass examinations! (Without studying hard?)- But one would hardly hear them emphasizing the need to study the Bible and live Christ-like lives. Please I should not be misunderstood! I am not saying that marriage, riches, success in examination, etc are bad. Of course who would not like to be successful in his/her endeavor? My problem is where these “charlatans” take advantage of our susceptibility to miracles to manipulate and dupe us. For instance, “Holy Water” and “Anointing Oils” are sold at exorbitant prices for “miracle- expectants” to buy. In some cases one has to pay special consultation fees, depending on one's “case” before he/she is allowed to see “the Man of God”. Even brooms are sold at very high prices for people to buy; to be used to sweep the evils that are believed to be hindering them from making progress in life. The “pastor” will tell you in plain words that if you do not buy the “miracle items/objects” then forget about having your breakthrough. As I said earlier, who am I to challenge spiritual things, especially if it was God Himself who instructed or gave the direction to the “Man of God” to use those items/objects? But let us consider this: Would God refuse to bless somebody because he/she does not have certain amount of money to buy an item/object that He wants to use as a point of contact to perform a miracle? In any case, since when has the blessing of God become a commodity for sale?

I am happy that Jesus Himself warns us in Mark 13:22; that false prophets will even perform miracles to deceive us. We, therefore have to be very careful about these prophets.

It is too shameful to recount the kind of things that these so called pastors do, which bring the pastorial ministry and Christianity in general into disrepute. They have allowed greed and love for money to sear their consciences. Sometimes, one wonders whether they are really “called” as they claim. We should admit that to err is human, In fact everybody makes mistakes. Genuine pastors could sometimes “fall”. My problem, however, is with those who know; deep down their hearts that they have not been called by God to do His work, yet for their selfish motives are “robbing” people. The airwaves, public places, including commercial vehicles and markets have now been turned into churches. Well, I don't see anything wrong with that, provided they do not infringe on the rights of others. After all, Jesus has commanded Christians to go into the world to preach the gospel and to make disciples of all nations. My problem however, is where innocent people are manipulated and taken advantage of, under the pretext of leading them to Christ.

It is time the leaders of religious bodies such as the Ghana Pentecostal Council, the Christian Council of Ghana, Association of Charistimatic and Christian Churches etc, educated their members and exposed the bad nuts that are in their folds.

As individuals, we should also learn to study the Bible on our own in order not to be deceived and misled by any fake pastor.

The pastorial ministry is a decent and noble one. Those who have infiltrated with ulterior motives should remember that their day of reckoning, when they would be crowned with shame and humiliation shall surely come.

[email protected]
The writer is an archivist