Tunisian election should be held earlier than March: PM 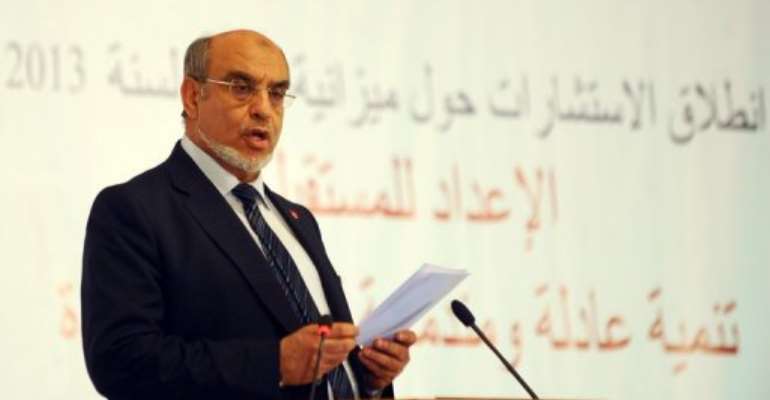 "I do hope that the new constitution will be ready in October," Jebali, who is the moderate Islamist Ennahda party's number two, told French media.

"We need this constitution," he said, adding that those involved in drawing up the new charter should speed up the process.

Jebali said elections had been announced for March 2013, but added: "sooner would be better".

A constituent assembly elected in October is currently working on a new constitution for the north African country, which led the way in the Arab Spring uprisings with the ouster of longtime dictator Zine El Abidine Ben Ali in January 2011.

Questioned on the greater visibility in Tunisia's post-revolutionary society of fundamentalist Salafist Muslims, Jebali said: "These people have not arrived from another planet.

"They have arrived from deep inside Tunisia. They express what the Tunisian people think. Islamists, socialists exist because they have found an ideological void and a social and economic context."

Salafists are widely seen as instigating violent clashes that have recently shaken the country, and Jebali has called on the group to respect the rules of democracy.

More than 140 people, mostly Salafists, were arrested and charged with attacking police posts and torching a Tunis courthouse during riots earlier this month, after Salafists took issue with artworks at a Tunis exhibition they deemed offensive to Islam.

The exhibition featured a painting of a naked woman with bearded men standing behind her and a work spelling the world "Allah" with a file of ants.

"We are asking them why they would want to work outside the law," said the prime minister. "There is no more discrimination now. You can have your party, you can have your newspaper. If you have ideas that will convince the Tunisians, go ahead."

But he added: "They are wrong... because they want to impose their views through violence in a democratic and free society."