WILL THE 3BN CHINESE LOAN EVER COME? 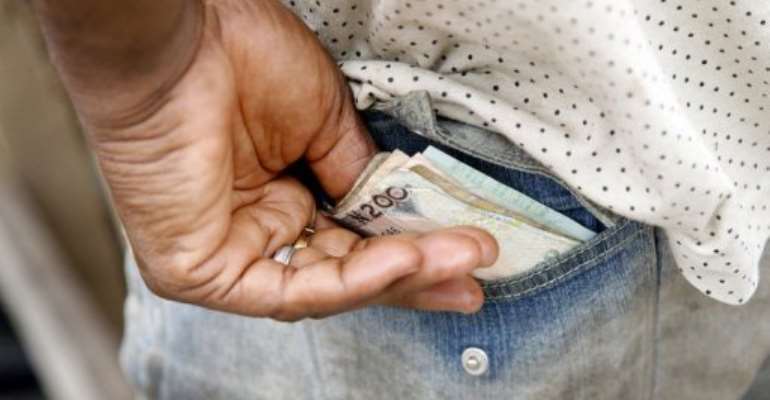 On 16th December, 2011, the Honourable Deputy Minister of Finance, Seth Terkper assured the country that the three billion dollar loan facility from the China Development Bank should be available before the end of last year (2011).

Deputy Finance Minister, Seth Terkper explained to Joy Business there are few more subsidiary agreements which have to be approved by parliament.

He believes the House will pass the subsidiary agreements at its next sitting “because these are critical infrastructure.”

“The expectation of government is that Parliament will pass the subsidiary agreements which are consistent with the [master plan] anyway, before they rise,” he noted.

FACT: All agreements have been passed by parliament but not a pesewa came till the end of the last year as promised!

"The Vice President of Ghana, John Dramani Mahama, is in China to begin series of meetings with Chinese officials to actualize the US$3 billion Chinese loan facility.

The Vice President who is travelling with government officials including deputy Minister of Finance, Seth Tepker and Deputy Foreign Affairs Minister, is also expected to sign some of the subsidiary agreements relating to the loan which has already been passed by Ghana's parliament.

Chief amongst them is the US$800 million Gas infrastructure facility to be built in the Western Region."

FACT: Not a pesewa has still been wired after this ceremony which made Vice President John Mahama travel to China on behalf of President Mills.

On 21st June 2012, the Al-hajj newspaper, a pro-government newspaper (I don't know if it qualifies to be part of the criminal and rented NDC press) reported that:

"Another STX in the making?
“Government is unprepared and indecisive”- Chinese

Impeccable but fresh sources at the seat of government and the international financial and economic community have sent disturbing signals to The Al-Hajj that the much-touted China Development Bank (CDB) US$3bn loan is in jolt and may suffer the fate of the ignominious USD 1.5bn agreement with the STX Korea because of what one Chinese diplomat refers to as “your government's indecisiveness and unpreparedness towards ensuring that the money will be put to good use.”.

Despite Deputy Minister Seth Terkper's assurances to this paper in a telephone interview last Tuesday that in so far as the government is concern everything is well with the CDB loan, intelligence sources very familiar with the CDB facility, have confirmed to The Al-Hajj that the Chinese are dithering because of the apprehension that the government has not yet put in place the right structures to monitor the disbursement of the funds and ensure value for money.

According to the sources, the Chinese are very fearful that without adequate structures to monitor the works, their US$3bn investment is not likely to yield the desire results and this could lead them to lose a vital investment, the first of its kind in Ghana under any regime in its history."

Mind you, it was this same loan facility that made the President declare 2011 an "ACTION YEAR". The action year turned out to be Woyomegate year. The corruption scandal, which has earned this government the unenviable tag as the most corrupt in Ghana's history. President Mills said:

"Time is not on our side and we want the year 2011 to be a year of action. Our people are very expectant and justifiably so because we have made them aware of the generosity of our brothers and sisters from China. They know that there are a lot of things in the pipeline and they are itching to see what is going to be on the ground."

After all the champagne popping and praises when the President visited China in September, 2010, is this the result?

Will this LOAN ever come?
I LOVE GHANA.
PATRIOT FAISAL IBRAHIM