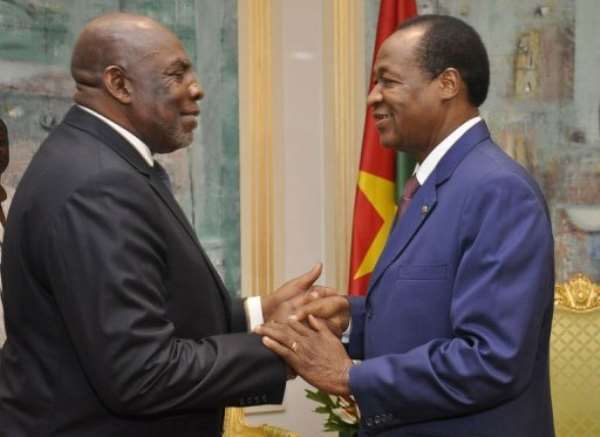 OUAGADOUGOU (AFP) - Mali's embattled interim prime minister said Friday negotiations with the armed groups controlling the northern half of his country were his first choice to solve the crisis.

"We have always said... that negotiation is our first choice," Cheikh Modibo Diarra told reporters after meeting the chief mediator in the Malian crisis, Burkina Faso President Blaise Compaore.

"We are not afraid nor ashamed of negotiating because we are dealing with fellow Malians," he said.

Compaore was appointed as chief mediator after renegade soldiers toppled the Malian government in Bamako on March 22, in a coup Tuareg rebels and allied Islamists took advantage of to seize the entire desert north.

The region as well as Western powers have voiced concern Mali's remote north, an area larger than France or Texas, could become a safe haven for Al Qaeda and like-minded extremist groups from across the continent.

The ECOWAS regional bloc that appointed Compaore has okayed a 3,300-strong force to be deployed to Mali and wrest control of the north back from the rebels but the United Nations Security Council has yet to endorse the move.

"We have said some time ago that we did not necessarily want war... but that if negotiation turns out not be viable we were ready for a war that would end the war," Diarra said.

Ansar Dine, which has the upper hand in the north, has told Compaore it was ready to enter a negotiation process but said its only request was for sharia, or Islamic law, to be strictly implemented across the country.