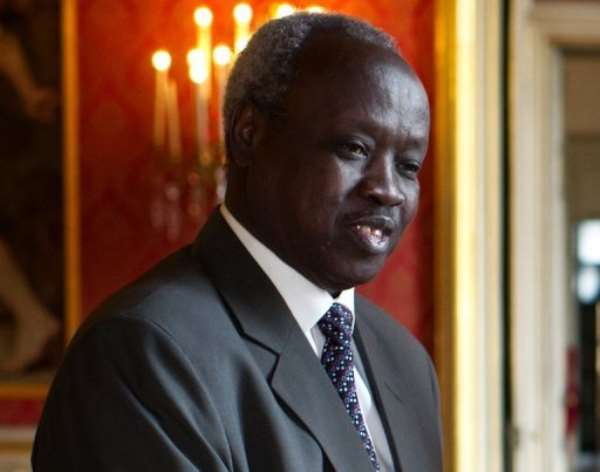 ADDIS ABABA (AFP) - Face to face talks between Sudan and South Sudan resumed Friday, with little progress on the establishment of a demilitarised buffer zone along the disputed border, a chief negotiator from Juba said.

"We couldn't make any progress on the issue of the geographical extent of the safe and demilitarised border zone," South Sudan's foreign minister Nhial Deng Nhial told reporters.

Talks between the two countries adjourned in early June after both sides failed to agree on a secure border zone.

A spokesperson for Khartoum's delegation said the creation of a demilitarised zone along the border was crucial for the progression of talks, adding that the two sides are expected to continue discussions Saturday.

"We will continue discussing this which is really a thorny issue and which will need investment of all efforts to bridge the differences," Omer Dahab said.

Delegations met separately on Thursday in the Ethiopian capital, as reports emerged of fresh attacks in the disputed, oil-rich state South Kordofan.

Dahab said the attacks were carried out by the Darfurian rebel group, Justice and Equality Movement. He added that the violence underscored the need for a cessation of hostilities agreement between both sides.

Nhial said the violence the previous day did not affect the mood of the talks, and insisted he remained hopeful about the progress of the negotiations.

"We are cautiously optimistic," he said when asked about progress of the talks.

The two sides met in Addis Ababa in May for the first in-person talks following weeks of violence along the disputed border that sparked fear of a return of all-out war.

Following the deadly violence, the United Nations called for both sides to return to talks, giving them until August 2 to resume outstanding disputes on border issues and oil sharing revenues.

African Union-led negotiations between the two countries have been on-going since Juba gained independence from the North last July. The South took with it 75 percent of the region's oil resources, but the processing and exporting facilities remain in the North.