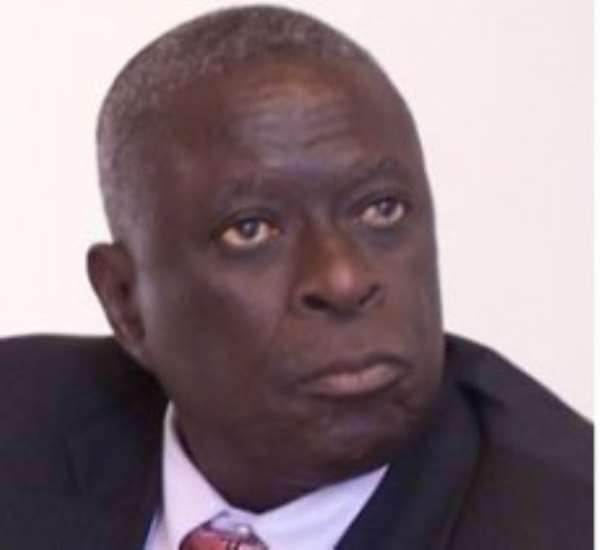 The National Development Planning Commission (NDPC) has began a process towards a national development plan, to set bold, dynamic and far-reaching goals and strategies to take Ghana where it deserves to be, the Chairman, Mr. Paul Victor Obeng, has stated.

He said consultations have already began, to mobilize the participation and support of the various stakeholders and the base technical papers are currently being prepared with support from various experts from various sectors of society.

“To do that the current commission decided to continue with efforts initiated in 2006 to evolve a long-term national policy development framework, spanning 30 years, out of which medium term programmes would be derived to serve as strategic benchmarks to guide annual budgetary preparations,” he told The Business Analyst in an exclusive interview.

Stressing the importance of youth participation, the NDPC Chairman said it is their proposal that the long-term policy framework would be validated by all stakeholders and entrenched by Parliament as a legally-binding document.

“It is this document therefore that would guide the development of the national long-term plan, which would provide sensitivity for adaption to emerging situations without losing sight of the vision and goals set in the long-term framework,” Mr. Obeng explained.

“I have had preliminary discussions with Majority and Minority leaders in Parliament about the intention and will soon be following up with formal approaches,” he indicated as a means of building consensus.

The Challenge
The NDPC Chairman said till date, each president, working to fulfil the constitutional provision which requires that a President, to, before the end of its second year, lodge before Parliament a document on political and economic development policies, has issued their own co-ordinated programmes for social and economic development that conveys the president and his government's interpretation of what the constitutional policy demands.

“I see in that constitutional provision some sources of discontinuity,” Mr. Obeng indicated, explaining that this is because each President would base his government's programme on the strength of the manifesto that got it into power, since that is what the electorate would assess him by.

He said hitherto, all governments have been trapped by that constitutional provision to focus on only the short-term to medium term and therefore all the poverty reduction strategies, the Ghana Shared Growth and Development Agenda (GSGDA) and all such documents in the past have been cast in medium-term type context of generally four years or slightly beyond.

“But even when it is beyond four years, because of the requirement that the president must lodge his own programme, it has always been interpreted to mean that it must be programmes of their own, and therefore continuity has sometimes not been seen as a pre-requisite,” he clarified.

He said it follows therefore that if all political parties present different manifestoes with different ideological and developmental philosophies, then it means there would be many such interpretations of the bigger vision.

This, he said explains why it is generally felt that there is discontinuity in development vision, development policy, development programming and so forth because each regime comes with its own.

According to Mr. Obeng, this situation will continue to be so unless the whole country adapts one acceptable interpretation of what constitutes national development and also establishes some broad understanding of strategies that can be adapted to achieve that.

“If that is done and it is entrenched as part of the derived portions of the Constitution then political parties and therefore future presidents, would have to bring out a programme of social and economic development, derived and inspired by the nationally accepted position on development,” he stressed.

“That way, manifestoes would come closer and closer to each other, and the differences may be in the pace at which you want to develop and how efficiently you want to apply resources and the capacity to mobilize additional human and material resources to back generally agreed development plan,” he added.

According to Mr. Obeng, it was the NDPC's expectation that the draft of the Long-term national development policy framework would be ready by June, an intention that he announced at the 2012 new year School at the University of Ghana, Legon, to assist political parties in the preparation of their manifestoes but some constraints delayed the work.

“We are therefore seeking support from state and non-state agencies to help us overcome the difficulties and reduce any slippages that those constraints have caused,” he submitted.

Mr. Obeng rejected suggestions that there is no national vision, saying the Constitution provides for that when it states that the people of Ghana 'in exercise of our natural and inalienable right to establish a framework of government which shall secure for ourselves and posterity the blessings of liberty, equality of opportunity and prosperity' et cetera and therefore the planners of the country, working in partnership with political, economic, and social stakeholders, must derive an operational interpretation for what constitutes that vision promised every citizen of Ghana.

Earlier Attempts
Mr. Obeng said, this challenge notwithstanding, many attempts were made in the past to venture into long-term planning to overcome part of these difficulties, recalling the latest of such attempts being around 2006 under the reign of President John Agyekum Kufuor.

“The extent to which that was made participatory is yet to be assessed,” he said adding that that process, which included the national economic dialogue was, however, not completed for broader discussion by social and political stakeholders,” he added.

As a means of ensuring that the process gained consensus on aspects of the strategies, the present commission from onset made efforts at getting representation from all political parties with representation in Parliament, including the New Patriotic Party (NPP), Mr. Obeng stated.

He said even though before the NPP nominee could take his seat on the Commission certain developments happened and he declined, all parties are still consulted on policy issues.

NDPC Role
Asked whether the NDPC had been adequately funded or not to play its role, Mr. Obeng said “funding to the commission, historically, has been a challenge,” but was hopeful that within the context of the constitutional review process, resourcing the NDPC to deliver on its constitutional mandate may receive urgent attention.

“Perhaps some misperception about the mandate and the role of the NDPC in national development management on sustainable basis may have contributed to the under-sourcing since 1992,” he explained.

[This article was originally published in The Business Analyst of Wednesday, June 20th – Tuesday, June 26th, 2012]