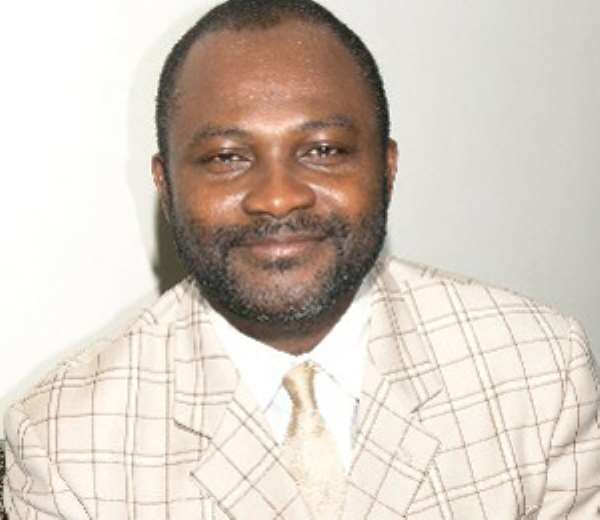 Hon Kennedy Agyepong. A political maverick? You bet he is! Arrogant? You imagine so! Fully conscious of his own worth? Without a doubt! Outspoken? Decidedly! Eccentric? Absolutely! In the media fraternity, he is the CEO of Kencity Media. He is arguably one of the wealthiest, if not the wealthiest individuals in the country. His own story depicts him as one who was born a commoner but rose to become a bourgeoisie by sheer stonewall determination. It appears his grit zeal to succeed was the fuel which ultimately propelled him to the upper class of our society today. He is perceived as a debonair in the eyes of many but generally regarded as an abrasive individual with an acerbic tongue due to his propensity to voice his opinion without recourse to tact and diplomacy. To some, he is a benefactor extraordinaire but to his political opponents though, he is just a braggart who exaggerates his own importance. His political bedfellows see him as a fearless and unrelenting anti-corruption campaigner: a battle-hardened warhorse that treads where the angels daren't. Different readers with different political lineages describe him variously to suit their own whims and caprices. I, for one though, admire him for making it the way he has with no succour from no individual. Welcome to the world of the Assin North Member of Parliament!! I genuinely admire his drive and for what he has achieved for himself. It is rather sad that we as Ghanaians have a penchant to celebrate poverty and therefore when someone makes it in life the way Hon Ken Agyepong has, the norm is to label such individuals with either “sikaduro” or “drug trafficking”. How sad? How do we develop as a people and country with such jaundiced mentality? How did we as a people end up with such fiendish mentality so averse to prosperity? Is it jealousy or sheer envy which makes us behave the way we do?

As an MP, Ken as he is affectionately called, has immersed himself in the task of unearthing stinking corruption in President Mills' administration: a task which has earned him massive admiration from within the NPP and even in the NDC though the leadership of the latter desperately counter his anti-corruption crusade with innuendos and unashamedly insinuate that the former dealt in trafficking illicit drugs. If indeed their allegation were true, what stops the NDC from dealing with the man close to 4 years of being in power? This factitious allegation though confirms the NDC's crass ineptitude and how bankrupt they have been in ruling the country. They have consistently churned out this nonsense about Ken and have not been able to do anything about it since being in government. So Ken continues to call their bluff at any given opportunity winning him even more admirers. Few honest NDC sympathisers I know have openly declared their admiration for him for his relentless crusade to fish out hidden corruption under President Mills' government. It was for this reason that he had so many sympathisers even when he made his infamous “I declare war in this country…” statement, subsequent arrest and detention. Many people attended the police headquarters just to catch a glimpse of the man who had become such “a pain in the…” proverbial “backside” of the NDC.

The NPP as a party and the political tradition Ken believes in and on whose ticket he represents Assin North Constituency rose and followed him everywhere as the police convoy which conveyed Ken from one court to the other meandered its way through the streets of the capital ala River Amazon through the forests of South America. Thousands trekked, those who could afford hopped on “trotro”, many others jogged as those who had it drove in their cars as they chased after the police van which transported Ken soon after his arrest. A host of “mobrowas” were there too: dog-chain sellers, newsvendors as well as market women left their wares to follow Ken. There's no doubting that about 90% of the crowd which followed Ken all the way through were NPP sympathisers. Indeed people I know who have never even visited a police station in their lives followed whenever they heard Ken has been taken to such and such a station. Those trying days pushed Ken from a 'benefactor' to a 'hero' in the eyes of his numerous beneficiaries and most especially, the sympathisers of NPP. Because of their love for Ken, many people, mainly the poor NPP sympathisers were beaten with truncheons, tear-gassed and manhandled by police. They were literally prepared to sacrifice their lives to secure Ken's release. Many others encamped at the precincts of the police headquarters and kept vigil in solidarity with Assin North Member of Parliament. It was a re-enactment of the arrest of Jesus Christ in the biblical days prior to His crucifixion. The same have-nots and the NPP leadership were there when Ken was released. Indeed the whole world heard him make a speech to thank the NPP and the sympathisers for their unflinching support in those trying moments.

Since his release though, Ken's audience has doubled. Whenever he is on radio these days, you have double the size of his pre-detention audience listening in. In much the same way, you have similar number of people trooping to hear him speak whenever they hear he is going to appear on a political platform anywhere in the country. Everything demonstrates that Ken has been backed, supported and even hero-worshipped by the NPP and its army of sympathisers since his release. It is on the back of this huge goodwill which I believe, has given him the impetus to visit other parts of the country on the platform of the NPP to continue with his anti-corruption campaign against the NDC. He was in Bekwai, Brong Ahafo Region some few weeks ago and was also at Makola Market recently to inaugurate “Friends of Ken (FOK)”. It is intriguing from the foregoing for Hon. Ken Agyepong to posit that the “NPP is not worth dying for...” and that the party “abandoned…” him. The incongruity of Ken's statement vis-à-vis events during his arrest and after his release is very clear. It is bizarre for Ken to make such heart wrenching statement against NPP. Is Ken not aware that the NDC took the NPP to the gallows for standing by him? Is he not also aware that Nana Addo has been slandered and vilified for not condemning him when the latter went on tour to the Volta Region?

The NPP as a political party is not made of saints and therefore I believe that Ken being himself human might have had issues with one or two of the leaders. However, Ken should have been able to differentiate his personal differences with individuals from the party's stance. His sweeping statement against the NPP as a party “not worth dying for” for abandoning him to his fate was ill-conceived, ill-advised and ill-timed. Ken's faux pas was a case of the proverbial lizard's pooh in traditional folklore. The lizard's pooh is in 2 colours: the black and white parts. Hon Ken Agyepong should choose which part of the lizard's pooh he wants to be. He should either stay white or black. There's nothing wrong in criticising his own party but on this score, I think he got it horribly wrong!! Ken has done so well in his anti-corruption campaign against the NDC. He's made so many friends as a result and many enemies as well. Moreover, he has gained so much prominence as an NPP Member of Parliament. His personal grudges and disagreements with individuals in the national executives of the NPP should not be misconstrued as the party's stance. Just like the lizard's pooh, Ken should be mindful of how he projects himself. He may choose to be either the white or the black but certainly not both colours! I am not in anyway saying Ken should not voice out his concerns if he has any. That notwithstanding, he should be mindful not to offend the sensibilities of NPP sympathisers who are still bearing various degrees injuries and scars sustained whilst they followed him everywhere. It is very easy to attain a “hero status”: it is about timing and the prevailing circumstances. However, it is very difficult to maintain that status. Even if indeed the NPP did “abandon” Ken as he claims, I believe the platform he chose to make that known was so wrong. The campaign period is here so Ken should measure his utterances to match his status. A word to the wise is enough.