'I was shot for defying Kagame', says Rwanda's ex-army boss 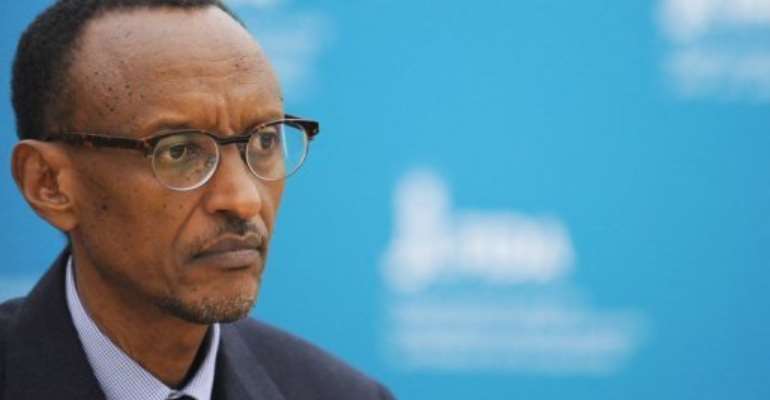 JOHANNESBURG (AFP) - Rwanda's former army chief told a South African court Thursday that he was shot two years ago for defying President Paul Kagame, as he testified in the trial of six men accused of attempting to kill him.

"The reasons why I would think anyone would want me dead is that I have over the years defied the leadership, in particular President Kagame, on things that needed change," Faustin Kayumba Nyamwasa told a Johannesburg court.

Three Rwandans and three Tanzanians are accused of attempting to murder Nyamwasa in Johannesburg, where he was shot in the stomach outside his home on June 19, 2010, four months after receiving political asylum in South Africa.

Nyamwasa recounted in detail how he was shot in his car while his driver waited to turn into the driveway of his gated complex. The shooter shoved his gun through the driver's open window into the car and fired.

The general was hit in the right lower abdomen as he was ducking out of the car. After a scuffle, Nyamwasa ran to his house 15 metres (yards) away and closed the security gate.

"He was running behind me and shouted 'I'll kill you! I'll kill you!'," recounted Nyamwasa. The gunman ran off when neighbours started shouting.

The bullet is still lodged in his spinal chord and was not removed because at the time he did not have health insurance, Nyamwasa said.

The general said he believed that the assassination attempt was retribution for his claims that Kagame had ordered a former president's airplane shot down, an act that sparked the Rwandan genocide in 1994.

But magistrate Stanley Mkhari refused to admit Nyamwasa's comments on Kagame as evidence in the case, branding them as speculation.

The general said he had also overheard a phone conversation of top Rwandan military official Brigadier Jack Nziza, discussing a plot to kill him.

"He said they were trying to find a way to eliminate me," Nyamwasa said.

Although Rwanda's government is not party in the case and has denied any involvement, Kigali has hired a local lawyer, Gerhard van der Merwe to sit in on the trial.

He told AFP he was asked "to do what I can to prevent unfounded allegations to be made against the government".

Kagame has previously been accused of ordering the shooting of Habyarimana's plane, which triggered a genocide in which an estimated 800,000 people, mainly ethnic Tutsis, were killed.

Nyamwasa himself has also been accused of involvement, which he denied. France has issued an arrest warrant for him in connection with an investigation into the incident.

Spain has also asked South Africa to extradite Nyamwasa because of the murder of 2,500 people, including a Spanish priest, at a stadium during the genocide.

He stressed he was accused of "command responsibility" and not murder, but denied that the officers who perpetrated the killings had been under his command.

The assassination trial has strained relations between South Africa and Rwanda, which wants Nyamwasa repatriated to serve a 24-year prison sentence after a military court last year tried him in absentia on charges of desertion, defamation and threatening state security.

He denies the Rwandan court had jurisdiction over him.

He also faces terrorism charges for allegedly masterminding grenade attacks in the Rwandan capital in the run-up to 2010 presidential elections.

The trial resumes on July 10.