Whether Mills is Dead or Alive, the Value Remains the Same 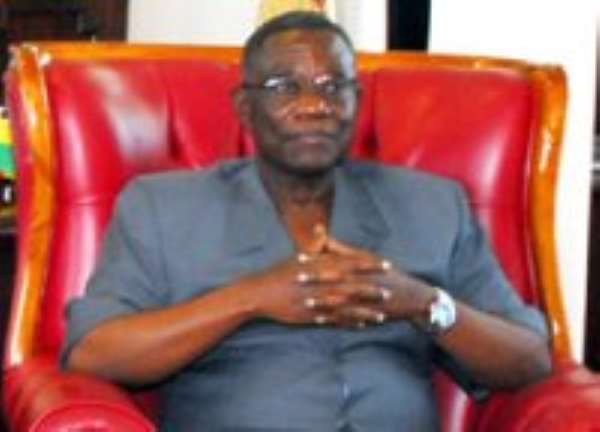 In any traditional society in Ghana, the growth of man is marked by stages. These stages, usually referred to as life cycle are birth, puberty, marriage, death, and life after death. Significantly, religious rites and ceremonies are performed at each stage. Whilst the ceremonies for birth, puberty, and marriage are performed with pride, dignity and happiness, the same cannot be said about death because the ceremony for the dead known as funeral, leaves the participants with sorrowful and emotional feelings. We learn from the Holy Bible that our Lord Jesus Christ, at a point in time wished to avoid death though he willingly wanted to sacrifice his life to save mankind against their sins. He said; “Father, if it is possible, let this cup pass away from me; however not my will, but yours be done” (Mathew 26:39). Jesus' fearful expression epitomises mankind's aversion towards death even though death is said to be inevitable. How on earth would any rational politician wish death for his fellow competitor, it will only take the General Secretary of the National Diabolic Congress (NDC) to explain. Yes, it will take Asiedu Nketia and his ilk to accuse the New Patriotic Party (NPP) of such diabolic orchestration, and as to what benefit the NPP would gain out of this, only the NDC knows.

Personally, I don't think Ghanaians need a rocket scientist to brief them about the general insecurity in the country. Nobody can deny the fact that the Mills-Mahama administration has been characterised by natural disasters, violence and lawlessness. And coupled with mediocrity, corruption, lies, and propaganda, Ghanaians should even count themselves lucky for the situation at hand. For instance, whilst people are committing unusual suicides due to frustration, husbands are killing their pregnant women and their kids as a result of poverty. Road accidents and plane crash have claimed over 3000 lives. Fire outbreaks and floods have displaced several people and the number of deaths recorded through these disasters cannot be recounted. Armed robbery of today has taken a different dimension as victims are raped in front of their husbands before they are dispossessed of their wealth. With cholera outbreak killing over 1000 people, a Health Minister, who should be the first to sympathise with the victims could describe such deaths as normal. For the government's inability to put measures to control illegal mining activities, 30 able-bodied 'galamsey' operators were buried alive in Akwatia in the Eastern Region in 2011. Our cultural values and traditional norms have all been threatened because serious taboos are being broken as siblings are planning to engage in inter-family marriages. In a nutshell, Ghana is tearing apart due to natural disasters, indiscipline on our roads, religious, cultural, tribal, and political conflicts.

Regrettably, the president has not demonstrated any commitment to curtail the above incidences. If we were to cast our minds back to Bawku, Tamale, Sankore, Gushiegu, Obuasi, Nankpanduri, Agobloshie, Chereponi, Akwatia, Ekumfi Narkwa, and Hohoe, we would realise how polarised our beloved country has become. Ethnic, religious, and cultural clashes continue unabated yet, those in responsible positions continue to compound the situation with their unguarded utterances. Which serious leader will tolerate appointees like Benyiwa-Doe, Baba Jamal, Koku Anyidohu, and Fiifi Kwetey? It is only Atta Mills who does not understand what politics is all about. When a president's first and second homes begin to 'burn' and there is complete silence at the presidency, then obviously it gives room for speculations, hence the rumour about the president's demise. So if the president is still alive but ineffective, could we say he is privy to some of the unfortunate happenings? For more than two weeks, President Mills, who is paid with the taxpayers' money, has created a big vacuum at the presidency. At another point he says he is not a law enforcement officer. At another time he was reported to have said he was not the boss of Electricity Company of Ghana (ECG) and thus cannot be responsible for power outage in the country. So did the president become the Government Statistician when he visited the Nima Market to buy 4 balls of 'kenkey' to ascertain the rate of inflation? Again, when did the president become the Health Minister or the CEO of Korlebu Teaching Hospital, when he sat down with striking doctors of Korlebu Teaching Hospital with the view to stopping their intended strike against Prof. Frimpong Boateng's dismissal? Until President Mills denounces his role as the Commander-in-Chief of the Ghana Armed Forces and stops collecting our taxes, Ghanaians will forever hold him accountable for his deeds.

It is significant to note that for the first time in the history of Atta Mills' reign, Ghanaians have been made aware of the health status of their leader. What I disagree however, is the manner he addressed Ghanaians prior to his departure to the US for a medical check-up. He said; “I'm very, very strong, and I don't know the basis for saying that I'm dead. I'm going for a medical check-up ...Am I the person who is dead”? Personally, I see the president's response as very unfortunate and as such I condemn it on no uncertain terms. Who is Atta Mills deceiving, himself, the NDC, or Ghanaians? “Mpanin se, s3 wo maame awu nas3 wo se onwui a, ob3noa aduane ama woadi ama y3ahw3”. The NDC should continue to shroud their flag-bearer's health problems in secrecy, but they should be careful not to be exposed by the campaign stress ahead of them. Indeed, I am still at a loss as what President Mills expected from Ghanaians when precious lives were being lost, properties were being destroyed, economic activities came to a standstill, and residents have been displaced – all as a result of violence. For a man who professes to be called the 'Father of all' and 'Asomdwwehene', it was our belief that a word or two from him could have cooled tempers down because, as the first gentleman of the land, his word carries more weight than any other Ghanaian. Besides, as the president, Prof. Mills is constitutionally mandated to maintain law and order in the country since he is in charge of our tax revenue.

Why should President Mills question the basis of people's speculation when not long ago, his deputy Minister of Misinformation, Sam Okudzeto Ablakwa justified the darkening of the president's palms and face? In any case, how could a president who abhors profligate spending fly to the United States of America for a mere medical check-up when the same person claims to be very, very strong? Is it not a case of waste of financial resources and an indictment on the professional integrity and competence of our medical practitioners? Given President Mills' serious criticism against his political opponents on a similar action some years back, in addition to his claim of equipping our hospitals, could we say President Mills has been dishonest and hypocritical to Ghanaians? If our president is going to the US for a medical check-up, one wonders where his next destination will be should he encounter a more serious health problem.

In conclusion, I would like to remind President Mills and his team that nobody harbours any such diabolic wishes for him. In fact, the only person who might have such ill-thoughts could be no other person than the current vice president, John Dramani Mahama. Actions, they say, speak louder than words, and therefore if the actions of the vice president are anything to go by, then I leave if for the judgement of NDC members. We, the patriotic Ghanaians would like Prof. Mills to be alive, remain fit, and compete with Nana Akufo-Addo and see how he will be humiliated in the December general elections. We want him to live and witness the shame that he has brought to himself, his 'Adze wofie oye' people, the teaching profession, and his professorial classmates. Professor Mills, we want you to live and become a testimony to your own lies and deceit to Ghanaian teachers, women, nurses, fisher folk, farmers, unemployed graduates, students, the people of Dagbon, and the poor. We want Mills to live and be a witness to his negative legacy as one-term president. Finally, we wish President Mills long life in order to see how Nana Akufo-Addo and his team will use their brains and experience to create a society of opportunities where free secondary education would become operational. The NPP is the least bothered about Mills' death because whether Atta Mills is alive or dead, sits or stands, walks, or runs, the value remains the same. “Agyekum te ase3 mpo, y3se oy3 osaman, na woap3 neho as3m akowu”. The only negative effect of Prof. Mills' demise could be the financial cost to the state because the “greedy bastards” will capitalise on that unfortunate situation and loot the nation gargantually. I wish the president well and do hope that he will be fitter in his sense of wisdom, sense of judgement, and leadership style in order to retrieve all the payments made through the useless judgements debts, including Woyome's 521 billion old cedis. Mr. President, please do not die now because you have so many gates to open for Ghanaians to walk through after December 7 – Woyomegate, Muntakagate, Wilsongate, Mosquitogate, Ayarigagate, Bissiwgate, and Segbefiagate. Remember, it is appointed unto you, Atta Mills, once to lose in December, and after January 7 there is serious fast track judgement.