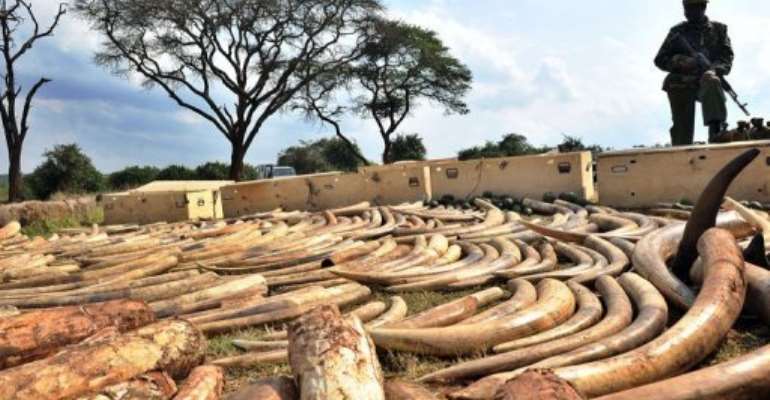 The three-month-long Operation Worthy, spread across 14 countries in east, south and west Africa, also led to the recovery of more than 20 kilograms of rhinoceros horn, a statement said.

Leopard and cheetah pelts, crocodile and python skins and live specimens of other protected species were found. Firearms including AK-47s and M16 rifles were also recovered.

"This has been to date the most wide-ranging operation coordinated by Interpol against the illegal ivory trade, not just in terms of seizures and arrests, but also in targeting the criminal organisations," said David Higgins, manager of Interpol's Environmental Crime Programme.

The drive drew more than 320 officials from the police, customs and environmental protection agencies.

The International Fund for Animal Welfare (IFAW), which sponsored a training programme for the participants ahead of the operation, said ivory poaching was rising sharply.

"Thousands of elephants are butchered for their ivory every year and the situation continues to worsen," said Kelvin Alie, IFAW's Wildlife Crime Director.

"2011 was the worst year on record for seizures with over 23 tonnes of ivory seized," he said. "These animals suffer terribly as they are cruelly killed or wounded so that their skins, tusks, quills and other body parts can be torn off and trafficked."

Seizures of contraband ivory in Africa and China have soared in recent years as syndicates with deep roots in the billion-dollar wildlife smuggling trade seek to feed the spike in demand among increasingly wealthy Chinese.