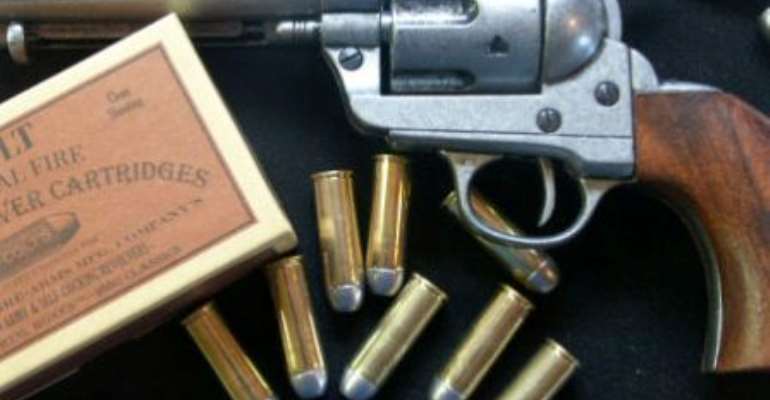 Cape Coast, June 18, GNA - A 71-year old farmer, Kojo Akuffo was on Monday granted bail in the sum of GH¢ 2,000 with a surety by a Circuit Court in Cape Coast for allegedly shooting a couple for game.

He pleaded not guilty to two counts of negligently causing harm and a count for possessing firearms without lawful authority.

He would reappear in court on Monday July 10.
Prosecuting, Chief Inspector Osafo Khanen told the court presided over by Mrs. Florence Kai Otu that, the 'couple victims', who are also both farmers, and the defendant lived at Wassaw Nyamebekyere No. 1, near Wassaw Domama in the Central Region.

He said on August 8, 2011, at about 0100hrs, the couple went to their cassava farm to process gari for sale whilst Akuffo was also on a hunting expedition at about the same time.

He said Akuffo spotted the couple in the dark and mistook them for game and shot them several times.

Chief Inspector Khanen said Akuffo however took to his heels after hearing human cries, but the couple managed to move to a nearby village where a herbalist removed nine pellets from the woman's body and eight from the husband's.

He said a report was later made to the Denkyira- Wawase Police where they were issued with medical report forms to attend hospital, whilst the accused reported himself to the police later the same day the incident occurred.

Akuffo, who had since the incident been on bail was unable to produce any license enabling him to possess a gun.