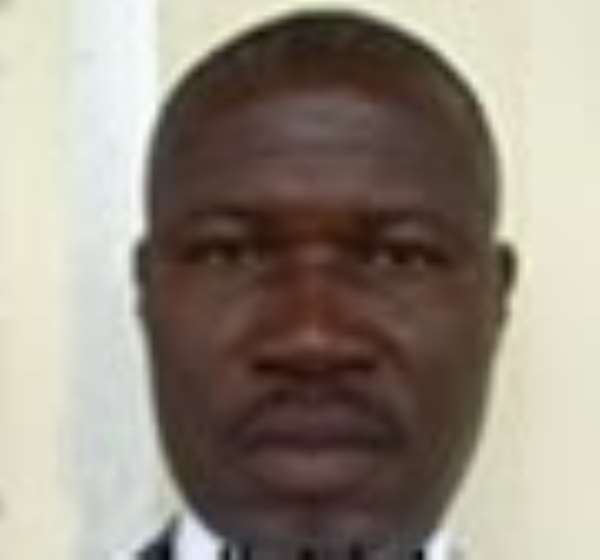 Nante (B/A) June 18, GNA – Mr. Kwadwo Nyame Datiakwa, Kintampo South District Chief Executive, has urged contractors to engage the youth in areas they operate to stem their drift to the urban areas in search of jobs.

He made the call at a sod-cutting ceremony for the construction of a six-unit classroom block, an office and store for the Islamic Junior High School (JHS) at Nante in the district.

The project, estimated at GH¢ 138,000 is funded by the District Development Fund (DDF) and is among eight projects to be executed within four months by the contractor.

The DCE said projects to be executed under the DDF programme included an ultra-modern CHIPS compound clinic at Kwabia, a modern gari processing plant at Apesika and the rehabilitation of two toilets at Jema.

Others are the construction of KVIP toilet at Apesika, four-unit nurses' quarters at Jema, access roads at Bredi and a modern meat shop at Jema.

Mr. Datiakwa stressed that contractors in the area would be doing a great disservice to the youth if they failed to employ them to work on the various projects awarded to them.

He asked the people of the beneficiary communities to co-operate with the contractors to do a good job by monitoring their work for effective utilization of resources made available under the DDF.

Mr. Patrick Osafo, district engineer, underscored the need for people not to unduly interfere with the operations of contractors but only to present their grievances to his office for an amicable solution.

He said experience had shown that projects “become stand-still due to influence of political leaders”, adding such attitude on the part of some stakeholders was negative and urged them to collaborate with contractors to accelerate the development of their areas.

Mr. Mohammed Abu, chairman of Nante Unit Committee, on behalf of the people expressed gratitude to the Assembly for the provision of the school infrastructure, which he said would enhance teaching and learning.

In another development, Mr. Datiakwa stressed the need for parents to regard education as the best legacy they could bequeath to their children.

He was inaugurating a six-unit classroom-block with ancillary facilities for the Presbyterian Primary School at Nante on Wednesday.

The GH¢ 141, 196.44 school project was funded by GETFUND and supervised by the Kintampo South District Assembly.

Mr. Datiakwa noted that globally, education had become a major key to socio-economic development in any nation and advised parents and guardians in the area to prioritise the education of their children.

The DCE said President Mills' Better Ghana Agenda was taking a high profile throughout the country and called on Ghanaians to retain the government in the December general election to enable it to continue with its developmental projects for the benefit of the rural poor.

Mr. Datiakwa commended the Member of Parliament (MP) for the area, Mr. Effah Baafi, for his immense contributions towards the total development of the area through the provision of sanitation and educational facilities, as well as other social amenities.

Mr. Dan Blisley Antwi, District Director of Education for Kintampo South, expressed appreciation for the efforts of the Assembly in helping to improve teaching and learning in the district.

He advised teachers and pupils of the school to reciprocate the gesture of the Assembly and learn hard to raise the standard of education in the area.

The district director urged the girls to avoid early sex as that could deprive them of their education through unwanted pregnancy and Sexually Transmitted Diseases (STDs).

Mr. Peter Assaw Asuman, presiding member for the Assembly, appealed to authorities of the School Feeding Programme to extend the programme to some of the deprived communities.