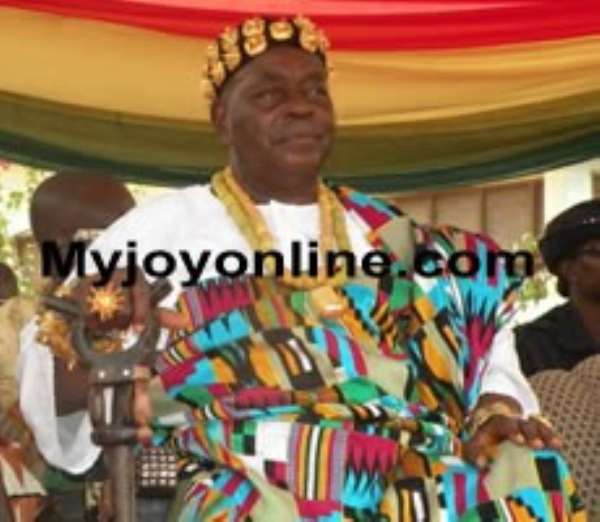 A delegation of Chiefs led by the Awormefia, Togbui Sri of Anlo has arrived in the Gbi Traditional area Sunday to contribute to the peace process in Hohoe.

Togbui Sri and his team, including Dr Bernard Glover, Member of the Council of State, were met on arrival by the Municipal Chief Executive Dr. Mrs. Margaret Kweku who briefed them on the situation in the area.

The Awormefia sympathized with the people – both the traditional and Muslims - and thanked the Military and the Police for the matured manner in which they have handled the situation.

He added that conflict is not the preserve of any particular group of people, hence the need for well-meaning citizens to constantly work towards peace and accelerated growth.

Volta Regional Correspondent Agbeko Ben Coffie told Joy News two men have been arrested in connection with the burning of houses in the municipality.

This was made known during the meeting with the MCE and the Volta Regional Police Commander DCOP Alex Bedie.