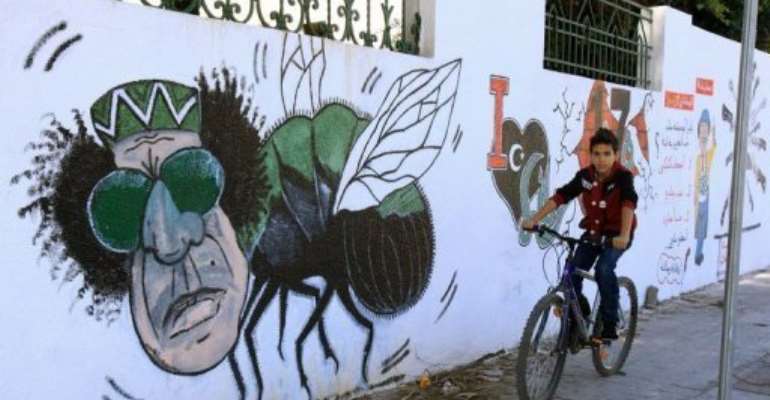 TRIPOLI (AFP) - Political campaigning for a national assembly begins on Monday, a milestone in Libya's troubled path to democratic elections after four decades of dictatorship under late dictator Moamer Kadhafi.

The electoral commission announced late on Saturday that candidates have 18 days to campaign, June 18 to July 5 inclusive. It said 2,501 independents and 1,206 political association candidates were eligible to stand after vetting.

A total of 142 political associations are fielding candidates, it added.

The July 7 vote is for the North African nation's first General National Congress. Once the newly elected assembly holds its first session, the interim ruling National Transitional Council is due to step down.

The vote, which was initially slated for June 19 in line with a pledge by the NTC, was postponed for technical and logistical reasons.

Ian Martin, the United Nations envoy for Libya, told AFP that the new timetable was doable and called the delay a "wise" move as it would give voters more time to familiarise themselves with the candidates.

"It is still tight but our electoral team... believes this is a feasible timetable," he said. "It doesn't have to be a perfect election but it is a much needed election."

Martin said UN advisers were counselling the interior ministry on its security planning for the first national election since the 2011 popular uprising toppled Kadhafi's regime.

"In a post-conflict situation it would be unrealistic to think that there would be no security problems at all, but I am very encouraged by the fact that there were no serious security incidents around voter registration," he said.

More than 2.7 million Libyans, or around 80 percent of the eligible electorate, have registered for the election.

"Once there are competing candidates the mood can heat up a bit, but I believe that the capacity is there to address security problems if they arise," Martin added.

He said that the new authorities have shown considerable capacity in mediating clashes, even though the nascent army remains weak and dependent on brigades of former rebels to help settle conflicts.

The most recent clashes this month centred on the southern city of Kufra and in the Nafusa mountain region west of the capital Tripoli.

Libya has also witnessed a series of attacks on Western targets in recent weeks, mostly in the eastern city of Benghazi, cradle of the 2011 revolt.