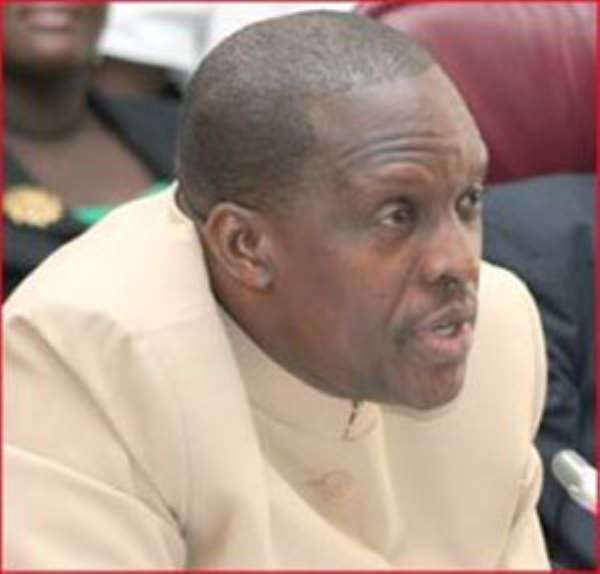 The Minister of Health, Mr Alban Bagbin, has ordered heads of health training institutions to dismiss any nursing student who refuses to write mock examinations.

The mock exams are organised by schools to prepare the students for their final licensure examinationconducted by the Nurses and Midwifery Council (NMC).

Speaking at the annual selection and performance review meeting of health training institutions in Kumasi, Mr Bagbin said the health sector needed disciplined and dedicated staff, and would not countenance any form of indiscipline from the students.

'If any student resists taking mock examination, dismiss them. We will not tolerate any indiscipline,' Mr Bagbin said. 'We will not pamper anybody.'

The Health Minister was reacting to a submission by Chairman of the Conference of Heads of Health Training Institutions (COHHETI), Mr James Yambor, about the refusal of some students to take the mock examinations. According to Mr Yambor, the mock examination was a way of reducing failures recorded by nursing students in their final examinations.

Last year, for instance, less than 40 per cent of the 3,223 nursing students who wrote the licensure examination passed to practise as nurses.

Mr Yambor told The Finder in an interview that the students were part of the reason for the mass failure and steps, such as the mock examination, were some measures put in place to stem the tide of failure.

But some students refused to write the exams.
At the Koforidua Nursing and Midwifery Training School, only two out of the 135 regular final year students wrote the mock examination last year, according to Mrs Doreen Osae-Ayensu, the principal of the school.

He catalogued a number of projects that were initiated since 2009 to address infrastructural deficits in schools. He also named 13 health training institutions that would benefit from the construction of new classroom facilities in order to enhance learning.

The projects, which he said would cost GHâ‚µ20.5million, would take off this year.

Mr Bagbin announced that the Ministry had initiated a National Research Programme for Health Training Institutions (NRPHTI), under which creative tutors would be awarded grants to enable them to conduct research, starting May, 2013.

The President of COHHETI, Mr James Yambor, was full of gratitude to government for prioritising the needs of health training institutions and the health sector in general.

He said the 250 vehicles, including bigger capacity buses, which were recently distributed to the training institutions, were not only helpful for administrative purposes, but they also made it possible and easier to transport students to various locations for clinicals and other learning purposes.