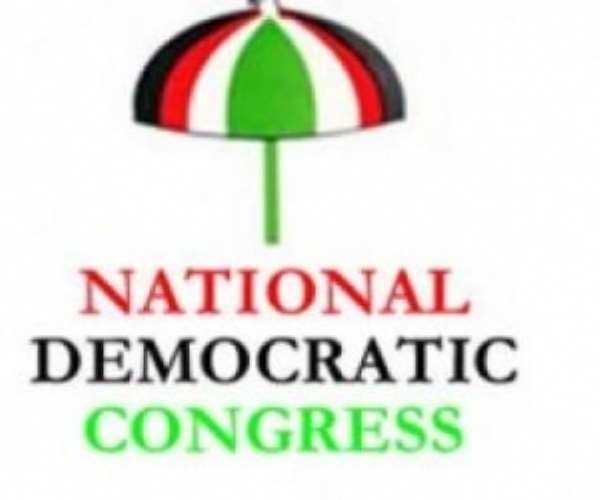 Kasoa (C/R), June 13, GNA - The out-going President of the Tertiary Education Institution Network (TEIN) of the National Democratic Congress (NDC) at the University College of Management Studies (UCOMS) at Kasoa, Mr. Daniel Nyamenle-Workeh Bomah says if the electorate should critically examine the NDC's "Green Book" on the 'Better Ghana Agenda' the party will be retained in power in the upcoming general election.

He said government's interventions in youth and education within the last three years were unprecedented since the inception of the Fourth Republic.

Mr.Bomah made the observation in a speech during the handing over ceremony to new TEIN executives of UCOMS' at Kasoa in the Central Region.

He said since the NDC took over from the previous government, there had been an expansion of the National Youth Employment Programme (NYEP) to include Youth in Agriculture, LESDEP, YESDEC, Youth in road maintenance and the Eco Brigade.

Government had also initiated a graduate business support scheme and has distributed over 3 million free school uniforms to school children.

Mr. Bomah recalled that more than 40 million exercise books were distributed to school children in 2010 and another 43 million distributed in 2011, as well as the elimination of schools under trees.

A number of classrooms and dormitories had also been built for Senior High Schools (SHS) with over 66,000 laptops distributed to Ghanaian students with 5,000 students benefiting from Mathematics and Science scholarships.

The out-going President added that two new Universities had been built with 250 students sent to Cuba for medical courses.

He said putting the performance of the government under critical lenses, it became obvious that possitlve interventions had been made to bring education to the doorsteps of Ghanaians.

He described as untenable and unrealistic the opposition NPP's campaign pledge to make education totally free in the country.

Mr Bomah urged the rank and file of the NDC to stay united and resolve all differences in a bid to propel the party to another victory in the December 7 general election.