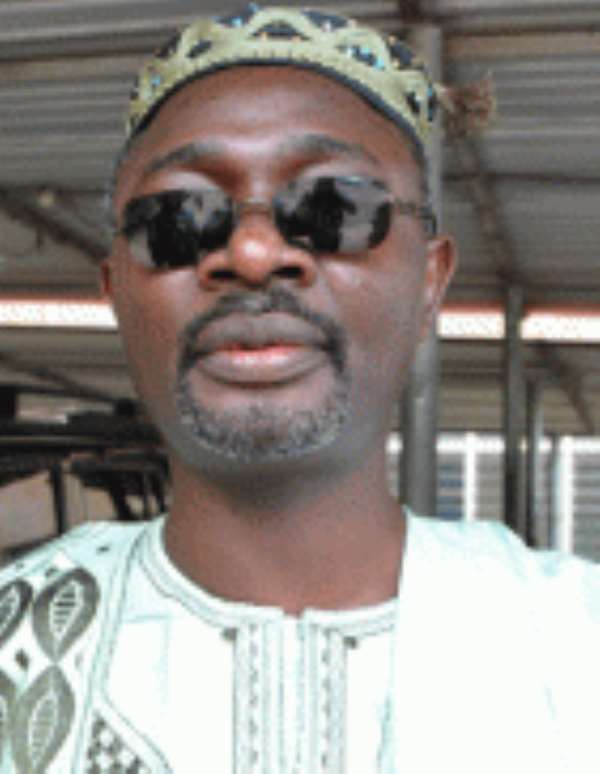 Alfred Agbesi Woyome - Charged with defrauding by false pretences and causing financial loss to the state. Mrs Mangowa Ghanney, an Adviser to the Minister of Finance and Economic Planning on Tuesday told the Financial Court, hearing the case of Alfred Agbesi Woyome, a businessman that the accused was paid the GH¢ 51.2 million as result of default judgment.

She told the court, a division of the Fast Track High Court, that even though she did not personally sight the default judgment, a letter from the Attorney General (AG) confirmed there was basis for the settlement.

Mrs Ghanney, the first prosecution witness was testifying at the on-going trial of Woyome for the controversial GH¢ 51.2 million judgment debt payment.

Woyome has been charged with defrauding by false pretences and causing financial loss to the State.

He has pleaded not guilty and granted GH¢20 million bail with three sureties to be justified.

Mrs Ghanney, led in evidence by Ms Cynthia Lamptey, Chief State Attorney, told the court that the AG forwarded a letter to the Sector Minister who referred it to her to look through.

She said the letter stated that Woyome was to provide some services to government which it was not obliged to pay for those services, but because she was travelling, she had less than a day to look through the letter.

Mrs Ghanney said another letter from the AG came stating the basis for the settlement, but did not have enough time to review the folder to counteract what had been stated.

When asked by Ms Lamptey why the initial payment was reversed?

Mrs Ghanney said she was out of the country when she received a call from a lawyer that a lady at the Treasury had queried the payment because at that time, she did not know whom the money had to be paid to because it seemed two people were entitled to the money (Atrol Invest and Woyome).

She said later, the AG wrote to the Ministry to pay GH¢51.2 million as default judgment to Woyome.

Mrs Ghanney said the Sector Minister asked her to settle the matter with Woyome and his lawyer, but because the amount involved was huge, she went with them to the Director of Budget at the Ministry of Finance and Economic Planning.

She said Woyome and his lawyer agreed to a negotiated installment of GH¢17 million to be paid within three months.

Mrs Ghanney said Woyome cautioned that if the money was not paid within three months, he would ask for interest to be paid on the amount but they were able to pay for the GH¢ 51.2 million default judgment within the specified time.

Mr Osafo Buabeng, Member of Woyome's legal team during cross-examination asked Mrs Ghanney whether the payment to Woyome was made in pursuant to a default judgment?

Mrs Ghanney said apart from the default judgment no other payment had been made to the accused.

The facts of the case are that, sometime in January 2005, the Government invited bids for the rehabilitation of the Ohene Djan and Baba Yara Sports stadia and the construction of two more stadia at Sekondi-Takoradi and Tamale.

At the end of the bidding process, some companies were short-listed and invited to submit proposals for the rehabilitation and construction of the stadia. Among these companies were M-powapak Gmb/Vamed Gmbh &Co, K.

At the end of the evaluation process, the Finance and Evaluation Committee declared the financial proposals of M-powapak /Vamed Engineering as the most responsive and recommended them to the Central Tender Review Board.

However, before the tender could receive final approval the Government terminated the process.

Meanwhile, in the course of the tender process, Vamed Engineering assigned its rights and responsibilities to Waterville Holding (BVI) Ltd.

After the termination of the tendering process, Waterville, assuming the place of Vamed Engineering, protested against the termination and got the Government to enter into a MoU with it to commence rehabilitation works on the Accra and El-Wak stadia.

The MoU, which was assigned on November 30, 2005, required Waterville to engineer funding for the project on behalf of the Government from Bank of Austria Creditanstalt AG, guaranteed by the World Bank’s Multilateral Investment Guarantee Agency (MIGA).

The company was supposed to arrange bridge financing and subsequently to the MoU, Waterville was authorised by the Ministry to move to the site and start work pending the signing of a formal contract.

On December 19, 2005, Waterville engaged M-powapak, led by the accused Woyome, to provide it with financial engineering services in respect of the projects.

A formal contract for the rehabilitation of Ohene Djan and El-Wak stadia was entered into by the Government and Waterville Holding Limited on April 26, 2006.

However, before the contract could become effective the Government terminated same due to Waterville’s inability to engineer funding for the project as contained in the MoU which formed a condition precedent to the contract.

Waterville, who initially protested against the termination, eventually accepted same and proceeded to claim monies for the initial works done under the MoU.

The Government paid a substantial amount of Waterville's claims out of which the company, fully paid M-powapak, represented by the accused for the financial engineering services rendered under the contract.

Payment to the accused for his services was duly acknowledged by him in a termination agreement dated November 25, 2006 which brought the relationship between them to an end.

Investigations however, revealed that no such funds were made available for the benefit of the country by Bank Austria as claimed by the accused.

Further investigations revealed that the accused had no contract with the Government to provide any services.

The only arrangement on financial engineering services the accused had was with Waterville Holdings Ltd which services had been fully paid for and acknowledged by the accused in a termination agreement.

Meanwhile, based on these fraudulent misrepresentations, the accused got the Government to pay him GH¢ 51, 283,480.59, thereby willfully and fraudulently causing huge financial losses to the State.

The case has been adjourned to June 14.
GNA