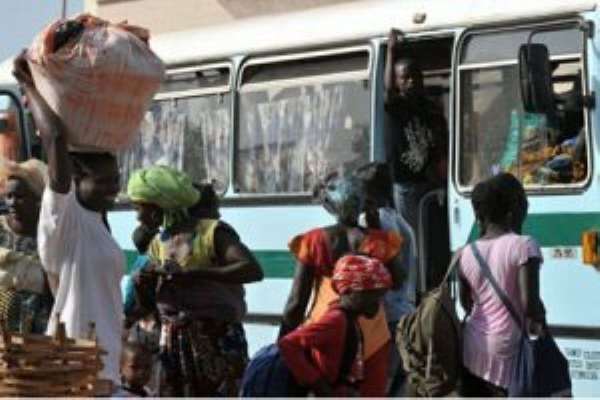 The clashes that erupted on Monday in Hohoe has taken a different twist as the riot has spilled over into residences leading to women and children fleeing the Hohoe Municipality.

There has been renewed violence in the area following the exhumation of the body of the Chief Imam, Alhaji Alhassan. The exhumation sparked ethnic clashes between members of the Zongo community and the youth of Hohoe.

Reports have it that one person has been shot dead while several others have sustained various degrees of injuries. Our Volta regional correspondent Felix Agbanyo reported that several properties had been destroyed especially at the municipal hospital.

According to him several women most of them with their children have packed their luggage standing by the road side waiting for the next available vehicle to escape the violence.

He added that there has been ample reinforcement to boost the security personnel in the area adding that Volta regional Minister Henry Ford Kamel has visited the township and is locked up in a meeting with the Paramount Chief of the Hohoe Traditional Area Togbega Gabusu.