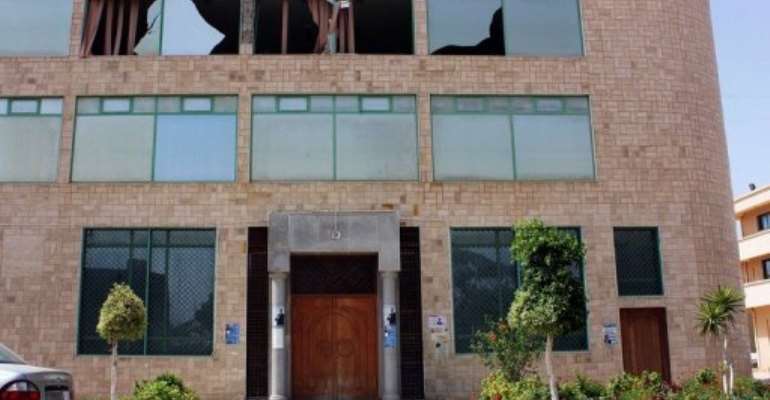 A building in Benghazi hit by a previous grenade attack. By Abdullah Doma (AFP/File)

BENGHAZI, Libya (AFP) - A British diplomatic convoy was hit by a rocket-propelled grenade in the eastern Libyan city of Benghazi on Monday, wounding one person, security and diplomatic sources said.

One person was wounded when the vehicle was hit by a rocket-propelled grenade, security sources said.