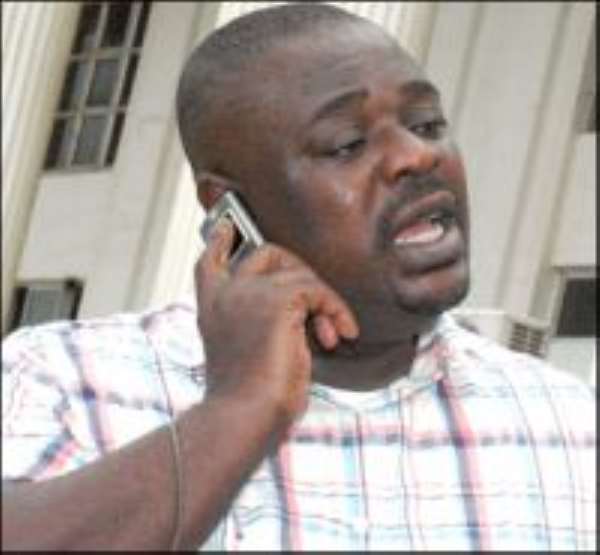 Last week Wednesday's revelation on Radio Gold by a leading member of Government's Communications Team, Samuel George, that Koku Anyidoho, the President's Director of Communications is the man behind the nastiest tabloid paper in Ghana, The Informer, shocked many Ghanaians.

While Samuel George's disclosure only confirms what the New Patriotic Party had suspected all along, it, nevertheless, reaffirms a well-informed perception in the country over the hypocrisy of President J E A Mills.

President Mills has never missed an opportunity to call for decency in political discourses, but watches on while his appointees use unprintable words on their political opponents. In fact, President Mills is responsible for encouraging this culture of insults at the very top level. This is because he, in his un-presidented style, rewards his insulting and abusive party activists, especially the younger ones, with ministerial portfolios.

The Informer is infamous for its regular defamatory and nasty cartoons, blatant lies and insults about the NPP and its leading figures, and distasteful write-ups by one of the dirtiest columnists in the history of journalism in Ghana, “Okyeame on the beat”.

Not only has it been confirmed by the Government Communications Team member that Mr Anyidoho uses "his" paper, The Informer, to settle personal and political scores, but also that he is the man behind that faceless, despicable columnist, Okyeame. So the President's “Okyeame” (or linguist) is also the “Okyeame” of dirty campaign in Ghana.

Think of any kind of word that is appalling to be used on a human being and Okyeame, now unmasked as Koku Anyidoho, would be more than willing to use it in his columns or feature articles. You may ask no more whose face is behind the latest dirty pen in the NDC, Margaret Jackson.

This is not the first time that Mr Anyidoho has been accused of such a thing. Years ago he was similarly accused of being the face behind the vile Cassius Clay of the Palaver, leading to problems with his employment with a financial institution at the time.

Similarly, members of the Government Communications Team have disclosed to the NPP that President Mills' Communications Director was the main brain behind all the discredited attempts by the NDC to smear the Presidential Candidate of the NPP with false allegations of substance abuse.

It is our hope, and certainly, that of well-meaning Ghanaians, that per Saturday's directive from the Castle, the NDC has finally come around to recognising that Mr Anyidoho and his kind were leading them to a propaganda dead-end and have now switched from such unacceptable display of character assassination.

But, we want to turn our attention on the President. Stories from his own stable, including MPs and Ministers, suggest that his Director of Communications has a very negative and destructively powerful undue influence over him and uses that to do a lot of things in the name of the President.

The threats of closing the country's borders because the limping man was singing like a canary, to death threats issued against the flagbearer of the NPP, are just but a few of the things done by Koku Anyidoho all in the name of President Mills.

This only confirms the two major categories of the public image of the President. Firstly, that he is either very weak or secondly, that he is very hypocritical or indeed both. Whichever way one looks at it, this is a very un-presidented way to run this blessed nation of ours.

The NPP is, therefore, demanding an explanation from the President as to why he would repeatedly assure Ghanaians that he was against the politics of insults and still have his director of communications controlling the most insulting newspaper in Ghana.

Ghanaians are saying a big No to another four years of lies, insults, propaganda and corruption under a weak and un-presidented leader, Prof Mills.

2012 is certainly the time for Nana Akufo-Addo and the NPP to bring back hope to all Ghanaians and build a society of opportunities for all.