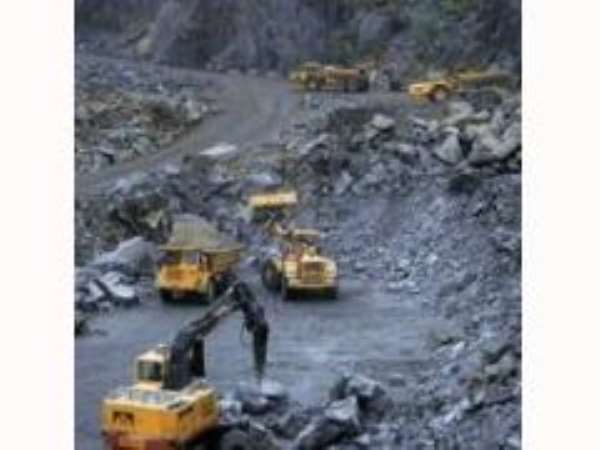 Bolgatanga, June 9, GNA –A Chinese Mining Company operating at Gbane Community in the Talensi-Nabdam District of the Upper East Region has displaced 527 farmers.

As a result, the farmers are unable to crop this season. In addition, the activities of the Shaanxi Mining Company Limited, a subsidiary of China Gold Resources Group Company Limited has led to the destruction of more than 3,000 economic trees particularly sheanuts trees, which are the very source of livelihood for the community.

These were disclosed at a Press Conference organized by the Movement of Gbane People for Justice (MOGPEJ), an activist group against exploitative mining in Gbane on Friday, at Bolgatanga in the Upper East Region.

Speaking on behalf of the farmers, the Chairman of MOGPEJ, Mr Nyarba Zombil, said apart from the farmers being affected by the destruction of the sheanuts trees, the water bodies in the area are being polluted, which was dangerous to their health.

He said the farmers, who lost their farmlands, have not been compensated and noted that the Company which is a foreign one used illegal means to acquire the total parcel of land of 747 acres.

According to the group, the Mining Company is hiding behind the two small mining groups called “”Yenyeya and Porbortaba” in the area with the claim that they are providing them with mining support services yet they are mining on a larger scale with equipment that are meant for large scale mining activities .

This they observed , was a gross violation of the Mineral law which could only grant 25 parcels of land to a small scale miners who could seek support services from foreign mining companies and not up to 747 acres .

“The company thus, has circumvented the mining law that sets high standards for environmental protection and rightful compensation by using the law on small scale mining for small-scale Ghanaian-owned mining companies. The 747 acres of land belonging to the community is being used for a large scale mining activity,” the Chairman of the group stressed.

He alleged that the illegal and fraudulent acquisition of the land was made possible through the conspiracy work of three key individuals, who manipulated the Chief of Gbane and his son to sign the land agreement on behalf of the community and the Chinese Mining Firm.

Mr Zombil, explained that as a typical community, chiefs are just heads for administrative purposes only, and neither own lands nor serve as the custodians of the lands, stressing that, the chief had no capacity to consent to the request of Yenyeya and Porbortaba to release land to the Mining Company.

” In any case these lands are not owned by Gban alone. The disposal of land is the exclusive preserve of the Tindanas and clan heads and is exercised when the need arises, only in the interest of the community and its people; in no way should the population of the traditional area be deprived of this. We therefore consider the investment agreement concluded between the collaborators for the acquisition of mining concession, exploration, development, and disposition of natural resource in our traditional area as something that was done well and in violation of our customs and principle of inalienable right over our land. And this represents a clear and compelling case for the Chinese to put a stop to their operations in the community immediately''

The group said apart from calling for the stoppage of work of the Chinese, they are also demanding compensation for the destruction of the sheanut tress and the pollution of the water bodies.

They threatened that if their demands are not met they would use all means, including legal measures to ensure that the right thing was done.

In an interview with the Public Relations Officer, Mr Maxwell Womah , he debunked the statements raised by the group and said the Company went through the normal process to acquire the land.

It would be recalled that last month a confrontations between the workers of the Mining Company and some irate Gbane youth led to the injury of four Chinese workers and the destruction of some Chinese mining equipment leading to the arrest of some of the youth from Gbane by the police.